Several media publications last week claimed that a Nigerian Dauda Onoruoiza was one of the victims of the Ukraine International Airlines Boeing 737 plane that crashed in Tehran on Wednesday, killing all 176 onboard.

The news was published by reputed media outlets in Nigeria including, The Punch – archived here,ThisDayLive – archived here, Legit – archived here and several other websites. A Google searchof the name “Dauda Onoruoiza” showed, at least, 10-page results.

According to all of these sources, Onoruoiza, a Kogi State-born, until his death worked with Boeing on a three-month training in Ukraine and was attached to the Boeing 737-800 to fly with and study the mechanical noise of the aircraft. It was reported that Onoruoiza was meant to report back to the company because the said plane was scheduled for maintenance on Monday, January 13, 2020, in Ukraine.

Majority of the publications carried a picture of the supposed dead Nigerian. 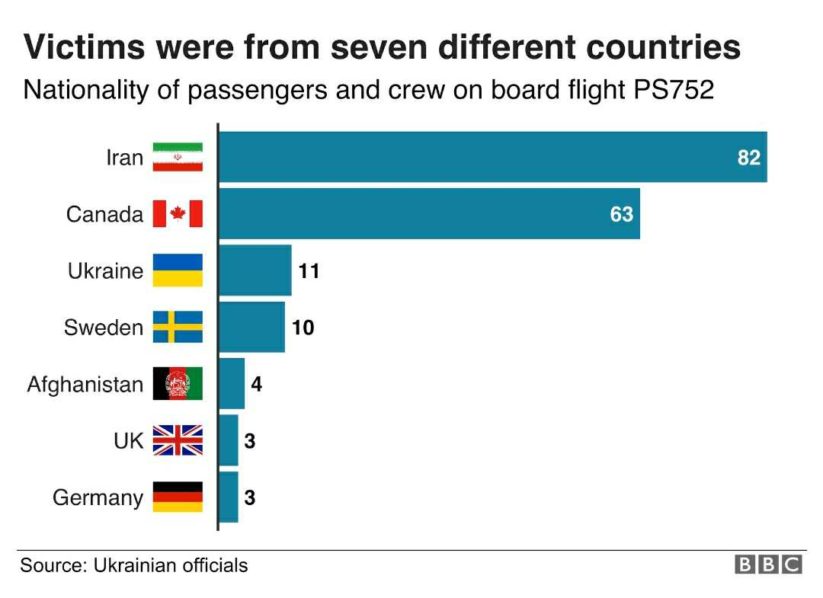 According to FlightRadar24 records, the plane lost contact just two minutes after taking off. Iranian authorities days later said it shot down the plane in error, after mistaking it for an American missile.

But was a Nigerian, Dauda Onoruoiza, on-board?
According to the official passengers and crew members manifests, released by the Ukraine International Airlines and the Iranian Civil Aviation Authority on Wednesday, the name Dauda Onoruoiza is conspicuously missing and a close look at all of the 176 names listed on both releases, show that none of the names is of Nigerian origin.

Yevhenii Dykhne, president of Ukraine International Airlines, said that most of the dead passengers were in transit to Ukraine to connect to further flights.

Justin Trudeau, Canadian Prime Minister, said 138 of the passengers on the flight were going to fly on to Canada, and that their connecting flight arrived in Toronto with many seats empty.

Boeing, which the publications claimed the ‘dead’ Nigerian worked for acknowledged the crash and sympathised with the families of those that died. It, however, never claimed its staff was on board the ill-fat   (Guardian)