12 prominent Nigerians who died in June 2020 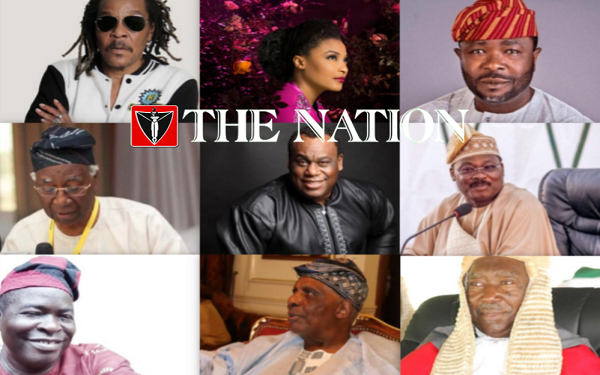 Many of this month’s prominent personalities deaths were quite unexpected and very painful.

The month delivered unpleasant surprises for families of these deceased.

These notable personalities may be no more, but their legacies and remarkable contributions will continue to live on.

According to reports, the “Send Down the Rain” crooner, aged 57 died in a hospital in New York on Monday June 1.

He was born in Benin City to an Edo mother and a Ijesha father, but identifies with his Benin roots.

The ‘rain maker’ as he his fondly called has worked with various artists worldwide including Tracy Chapman, Jimmy Cliff, Michael Jackson, Snoop Dogg, and Beyoncé.

Majek’s life and work are still prominently celebrated by Nigerian music fans and beyond. His legacy of excellence in music and worldwide impact through instrumentation will live imminently.

Olumilua died at 80 in his Ikere-Ekiti countryhome after a brief illness. It was gathered that the second civilian governor passed on few weeks after his 80th birthday.

The late Olumilua was the Governor of old Ondo State from January 1992 to November 1993 during the Third Republic.

He was elected under the platform of the Social Democratic Party (SDP) until General Sani Abacha truncated civilian administration and restored a military regime.

A former Commissioner of Police in Lagos state, Alhaji Abubakar Tsav also died in the month of June.

He was buried in Makurdi according to Islamic rite.

Ibidun, 40, is survived by her husband and two kids.

The Senator representing Lagos East Senatorial District under the platform of the All Progressives Congress (APC) Sikiru Adebayo Osinowo also died in the month of June.

Popularly known as Pepperito, he was a member of the Lagos House of Assembly for four consecutive terms from 2003 to 2019.

He died in the early hours of Monday.

Survived by wife and children, the late Osinowo was 65.

The late Akinkugbe, a foremost Nigerian professor of Medicine at the University College Hospital (UCH) in Ibadan, Oyo State, died in the ancient city.

Before hanging the stethoscope, Akinkugbe practised medicine for 60 years during which he pioneered the establishment of two critical clinics, one in hypertension and the other in renal disorders at the UCH, Ibadan. Both clinics were firsts in Africa.

The late Foster, real name Daniel Foster, is a Nigerian-based American radio personality, formerly an Idol series judge who held a similar position with the Got Talent franchise.

Foster, better known as Big Dawg, worked with numerous radio stations, including Cathy Hughes Radio One, Mix 106.5, both in America, and Virgin Island-based WTBN, before moving to Nigeria in 2000 where he joined Cool FM and quickly became popular among Nigerian listeners.

Foster had a son, Joshua, from his previous marriage. Now married to a Nigerian, Lovina, the couple are parents of daughter Daniella and son Somtochukwu.

The President of Kogi Customary Court of Appeal, Justice Ibrahim Shaibu Atadoga also died in the month of June.

Report had it that Atadoga, who was called to the Bar in 1986, died after a brief illness.

Atadoga, who had been in private practice since he was called to Bar, hailed from Omala LGA of Kogi State.

He was said to be instrumental to the creation of the Customary Court of Appeal in the state.

Atadoga became popular when he swore-in Capt. Idris Wada as Governor following a controversial court verdict, which gave room for two Governors as the then Speaker Abdullahi Bello was also sworn-in by the Chief Judge, Justice Nasiru Ajanah.

The immediate past Governor of Oyo State, Senator Abiola Ajimobi also died in the month of June.

The late Ajimobi was born on December 16, 1949 to the Ajimobi family of Ibadan at Oja-Iba, Ibadan.

He studied Business Administration and Finance at the State University of New York, in Buffalo.

The Nation gathered he died at his Imalefalafia, Oke-Ado, Ibadan home.

The actor battled prolonged-sickness before his eventual demise.

The chief law officer hailed from Okehi Local Government Area of the state.

The late Justice Ajanah was appointed CJ in 2009 under former Governor Ibrahim Idris.

The Parakoyi of Ibadanland and Chairman, Madandola Group, Chief Bode Akindele, died on the 29th of June.

Akindele, a successful entrepreneur and philanthropist, died in his Apapa, Lagos home. He was 88.