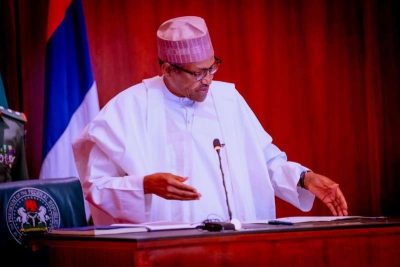 Yoruba socio-political organisation, Afenifere, has commended President Muhammadu Buhari for the resignation order he issued to his appointees who have a political ambition to resign by Monday, the 16th of May.

Afenifere in a press statement signed on Thursday by Comrade Jare Ajayi, the National Publicity Secretary of the organisation, stated that the promptness of its execution has demonstrated that the President can be decisive where and when he wants on matters that touch his heart.

The Yoruba group said, while conceding that the resignation of those interested in contesting would provide a level playing ground for all contestants, Afenifere called on the President to apply the same decisiveness with which he charged his appointees to tackle the myriads of challenges that the country is facing to avert a slide into anarchy.

“The gusto with which the order of President Muhamadu Buhari on political appointees to resign if they intend to contest in the forthcoming elections was carried out indicated that he seems to be comfortable with those other aspects of governance that Nigerians are complaining about because of the pains they are suffering.

“Were he to be concerned about those things that are bothering Nigerians he would have brought the same swiftness to bear on those areas.

“It makes it difficult for one to agree with the notion that he does not have the power or capacity to deal with at least some of the major problems Nigerians are battling with. He has failed to deal with them only because he did not consider them as problematic as the rest of us are considering them,” the statement reads.

The socio-political organisation stated that unfortunately, those who are close to the President and could make him see the problems realistically failed to do so either because they are afraid or because they are profiting from the anomalies going on or both.

“What stops the President from providing all that is needed by the security agencies in the country to put a stop to terrorism and insecurity going on in the country? What stops him from ensuring that the Ministries of Education and Labour provide the wherewithal for the smooth running of our universities in line with the proposition that the Academic Staff Union of Universities (ASUU) have been making for several years? What stops President Buhari from breathing life back into the moribund four refineries in the country or building new ones?

“What stops him from harmonizing the Reports of the 2014 National Conference and that of El Rufai APC Committee on Restructuring and ensuring that the country is restructured forthwith? Or to arrest the rapid plunge the country’s economy is making into the ditch,” Afenifere stated.

Afenifere maintained that apart from the serious pains that Nigerians are feeling economically, the United Nations’ Food and Agricultural Organisation (FAO) has predicted that the combined challenges of low exports, insecurity and infrastructure gaps could push 19.4 million Nigerians into a food crisis by August this year. The body had, earlier in March revealed that 14.5 million Nigerians were already food insecure, particularly in the northeast, northwest and central regions of the country.

“The country’s ranking in the Global Terrorism Index is 8.23. A country with no terrorism act is zero on the Index while 10 represents the highest. Standing on 8.23, it means that Nigeria is almost at the maximum level in terrorism activities,” the group stated.

“The issue of non-availability of funds should no longer be an excuse. After all, his party raised several billion Naira in less than two weeks just to express interest in running for offices. If the ruling party could raise such a huge sum within so short a time, why is the government finding it difficult to raise the N200 billion required to make our educational institutions at the tertiary level worthy of its name? Between contest for elective offices and education of the country, which should be more important?

“With gunmen wreaking havoc in many places including the attacks on army formation in Taraba on Wednesday in which seven officers were reported dead, hike in services including electricity, gas, fuel, kerosene etc. and people being prevented from pursuing their legitimate businesses in parts of the country, it is incumbent on the government to act promptly to prevent anarchy.

“It is clear that Nigeria’s situation continues to deteriorate not because solutions are not known nor because of the paucity of the wherewithal to solve the problems. The only thing that is lacking is the political will,” Afenifere noted.

Afenifere maintained that now that President Buhari has shown that he is still very much in control, contrary to the insinuation that his government has been hijacked by a cabal, he should tackle the country’s problems headlong by among others, strengthen security agencies, allow state police, begin the process of restructuring with a view to having a true federal system for Nigeria and ensuring that the forthcoming elections are free, fair and credible.