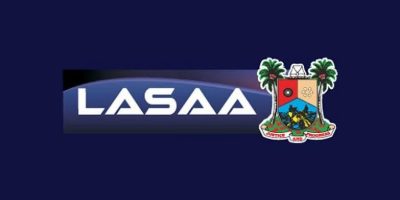 The Lagos State Signage and Advertisement Agency, LASAA, has announced guidelines that would guide on placement of campaign materials as 2023 elections approach.

A statement by LASAA’s Managing Director, Mr Adedamola Docemo, explained that the guidelines were issued in accordance with the agency’s responsibilities on the use of billboards/wall drapes, banners, A-frames, and posters, to establish sanity and protect the environment from defilement.

He noted that the guidelines were issued without prejudice to any political party, association or aspirants.

The statement titled, “Lagos State Signage & Advertisement Agency Guidelines on the Use of Election Campaign Materials in Lagos State”, directed that billboards and Wall Drapes should be deployed only on existing structures owned and operated by Outdoor Advertising practitioners, who are registered with the LASAA and have permits for such sites and structures.

The statement read in part, “A-Frame may only be placed on road verges, medians on inner streets and must not exceed a size of 2×1 meter (big size) and 0.5×0.5 meters (small size).

“It must have a distance of not less than 100 meters between each sign deployed which must be made of standard and sturdy materials to ensure that they do not drop or block the roads.

“Banners may only be displayed on inner roads and streets, subject to the following conditions:

Only if the banner is attached to the wall of a particular building with the consent/agreement of the building owners, limited to inner streets. Not to be tied to poles or public utilities (electric and telecom poles).

Docemo urged all parties and their aspirants to embrace other creative and innovative platforms, including stick in the ground, billboards, Mobile A-frames, mobile adverts, which must be made known to LASAA.

He also warned against placement of poster on the highway major, roads, high streets and public utility structures.

“Posters can only be pasted on designated surfaces on inner streets only, Docemo informed in the statement.

While reiterating LASAA’s support for all political parties and aspirants, he warned against breach of the guidelines which he said will be duly sanctioned.

‘Tax the rich, increase salaries by 50%’ — NLC writes FG on how to avert economic crisis