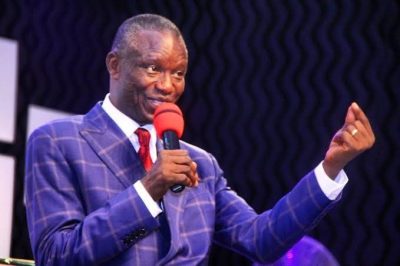 The Pentecostal Fellowship of Nigeria (PFN) has said its congregation and Christians will not vote for any political party fielding Muslims as both president and vice-presidential candidates in the 2023 general election.

This was disclosed on Saturday, by Bishop Wale Oke the National President, of the PFN.

Whilst speaking at the 30th anniversary of the PFN establishment in Osun State, he noted that it would be “unfair” for the current administration to hand over to another Muslim.

He warned political parties not to consider picking two Muslims as both president and vice president, adding that doing so would make the PFN mobilise against them.

A statement by Osun PFN Director of Media, Bishop Seun Adeoye, quoted Oke as saying, “The Church in Nigeria is saying no to a Muslim-Muslim ticket. We are going to mobilise the church against such a political party. PFN has 65 million people and we will vote against such a party.

“Obasanjo handed over to Yar’adua, Yar’adua to Jonathan, and Jonathan to Buhari and who else should Buhari hand over to, but a Christian.”

Thereafter, Oke called on PFN members to collect their Permanent Voter Cards and vote against any lousy government.