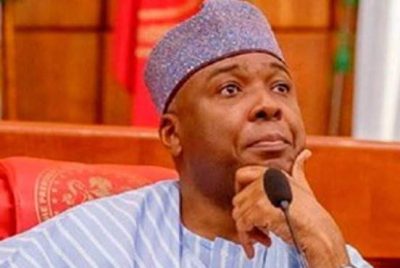 A former president of the Senate, Dr Bukola Saraki, on Tuesday, visited Governor Samuel Ortom of Benue State over his ambition to contest in the 2023 presidential election.

Saraki after a closed-door meeting with Governor Ortom, also met with the State Working Committee members of the Peoples Democratic Party (PDP) to familiarise them with his intention to kick-start consultations for his ambition to rule the country.

He said the nationwide defection of party loyalists from the APC into the PDP was an indication that there may not be anyone left in the party before the next election.

Saraki added that the North Central Zone has paid its dues by working so hard in keeping the country together as one united entity just as he pointed out that, “this time we must stand for our own and charity begins at home.”

Earlier, Governor Ortom eulogised Saraki for being one of those Nigerians that have contributed immensely to the development of democracy in the country.

Hike: We don’t have control over cooking gas price — FG