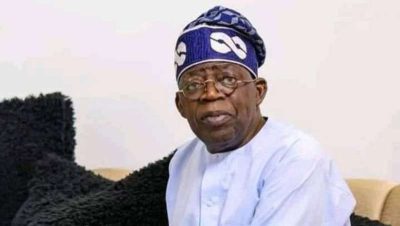 Leaders of the various opposition parties were received by the leadership of SWAGA at a huge event held in Ado-Ekiti, the state capital.

In an open display of support and loyalty, the opposition clarified that they were not joining the All Progressives Congress (APC) but they believe in the Competence and ability of the Asiwaju in leading the country to economic prosperity.

One of them who is Chairman of the Inter-party Advisory Council (IPAC), Ifedayo Iyaniwura, said, “I believe in the capacity of the former governor of Lagos State and that is the reason I am here to support his ambition to becoming the president of this country. I believe in SWAGA and I will galvanize support for Tinubu to win next year.”

Speaking in the same vein, the deputy governorship candidate of the SDP in the June 18 governorship election in Ekiti, Ladi Owolabi said they were committed to Tinubu’s presidential ambition regardless of their party affiliations.

He explained that the PDP candidate supported the Muslim-Muslim ticket in 1993 with his moves to be the running mate of MKO Abiola, adding that the APC’s choice of Shettima was the masterstroke that has put the opposition party in panicking mode ahead of the next year’s election.

Adeyeye who spoke in Ado-Ekiti, the Ekiti state capital on Friday during an event to receive hundreds of members of opposition parties in the state into SWAGA, allayed the fears of the Christian faithful on the Muslim-Muslim ticket noting that Tinubu is a liberal person who will not discriminate against other religion in the country.

The former senate spokesman explained that the group would do everything possible to deliver majority of votes in Ekiti for the APC presidential candidate, ” who is ready to offer hopes to the people and improve our livelihood,” saying people across political divides would be welcomed for the task he declared as the South West project.

He said, ”We want everybody to come on board because this is not about a particular party. We have representatives of various political parties in this gathering wanting to work for the victory of Tinubu next year. Let me tell you that if we call these people today as APC member, they won’t have been here but we say it is South West Agenda for our principal, and that is the reason you can see the large turnout of people across party lines. That is why we see SWAGA as the vehicle to deliver most of the votes in the south west.

”Politics is a game of number and PDP can’t challenge us from the moral ground because their candidate, Atiku Abubakar believed in that ticket in 1993 as evidence has surfaced and don’t forget some of us were participant then. We knew he wanted to be vice president to MKO Abiola.

So, if he was struggling to be in the ticket in 1993, why will it be opposing it now ? It was evident he was going to pick Christian South this time because he is a Muslim from the North, it is more easier for him.

”I want to allay the fears of our Christian brother because I am a Christian too and Tinubu is a man who is tolerant of other religion. This is a free minded person who will not discriminate against anyone. Take it, if Tinubu finds it difficult to Islamize his wife, is that the person that will Islamize the country when the better half is Christian and Pastor ?

”I believe Tinubu-Shettima is a winning ticket and PDP is on a panic mode because they know we will have a repeat of history next year, where MKO Abiola won with a landslide especially in the North. There is a way history repeat itself.”

Adeyeye said the credentials and the track record of the presidential candidate when he was governor in Lagos and the trust Nigerians has in him would help in swaying the votes for the party.

“In Nigeria politics today, people should look at the personalities of those contesting and look at their track record and assess them based on what they have done in the past. Tinubu is coming with a huge credentials into this race looking at how he did tremendously well when he was governor.

”People should have hope and trust in him that he will deliver. Let’s us close the chapter of what happened in the past and he will start on new plate with his ideas and bringing people will help him to achieve his plans. I can say things will work better and fine under Bola Ahmed Tinubu as president,” he said.

My victory cannot be stolen through backdoor – Adeleke tells Oyetola