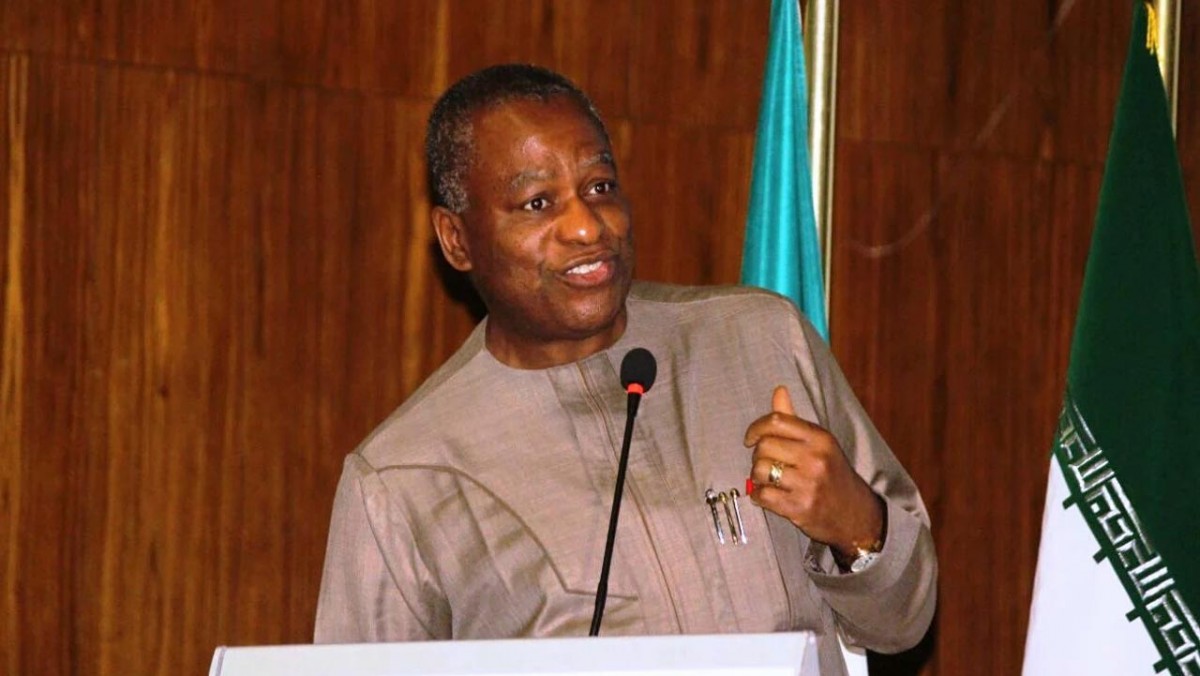 Geoffrey Onyeama, minister of foreign affairs, says Abba Kyari, the late chief of staff to President Muhammadu Buhari, was his ‘best man’ when he wedded in the Anglican church many years ago.

A best man acts as one of the witnesses in a wedding and is usually one of the groom’s closest friends.

In his tribute to Kyari, Onyeama said the late chief of staff to the president was also the godfather to his first son during his baptism.

In the tribute published on THISDAY on Sunday, the minister said he first met the late politician in 1977 in 1977 at Warwick University in England.

He recalled how the two officiating ministers at his wedding, and at the son’s baptism, were surprised to see Kyari, a Muslim, in the role of his best man and son’s godfather respectively.

Onyeama wrote: “When I left Warwick University for Cambridge, Abba came to Cambridge to introduce me to his friends there as he had studied in the city for his Advanced levels.

“After graduating from Warwick University, Abba went up to Cambridge to study law. We kept in touch throughout the last 43 years. We ended up together in Lagos in 1982 to attend Law School for a year.

“When I left Nigeria in 1985 to work in Geneva for 30 years Abba came to Geneva often to stay with me and whenever I was in Nigeria, he made it a point of coming to see me wherever I was.

“When I got married in Owo to my wife from Idoani, Ondo State, Abba was my Best-Man. The officiating Vicar was somewhat perplexed because I was a Roman Catholic Igbo, marrying an Anglican Yoruba in an Anglican church with a Muslim Kanuri/Shuwa Arab Best-Man from Borno State!

“The officiating Catholic priest in Geneva, Switzerland, two years later, during the baptism of our first son, was equally perplexed when a muslim Abba Kyari and a muslim Muni Attah-Sonibare were the Godfather and Godmother respectively!

“Abba was a Pan-Nigerian, global citizen, who recognized no boundaries between peoples, be they racial, ethnic, religious, class or political. He made friends with everyone.”

Onyeama also said Kyari was a man of integrity and “absolutely incorruptible”.

“I remember after he got married to his wonderful wife, Kulu, he told me how he showed her his first paycheck so she would know that he was not wealthy and would not steal!,” he added.

“It broke my heart to see all the false allegations against him on issues of corruption. He showed me the safe in his office where he put any unsolicited gift .

“I remember asking him about the rumours making the rounds that he was making money from the fine imposed on MTN. He immediately showed me the memorandum setting up the Committee to deal with the issue and he was not even a member.

“He also showed me how he had been able to block attempts by many influential and powerful persons to make a lot of money at the expense of the country.

“He knew that fighting corruption with such single mindedness and fearlessness would see him at the receiving end of the venom of very powerful forces but was undeterred and preferred to ignore all the defamation against him. (The Cable)