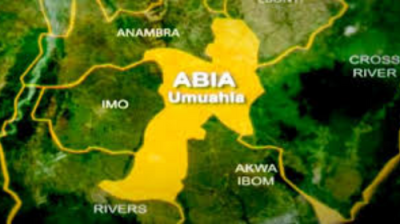 Justice Evelyn Anyadike of the Federal High Court, Umuahia, Abia State, on Wednesday, said she received threats not to deliver ruling on the dispute over the governorship candidate of the All Progressives Grand Alliance in the state.

An aspirant, Gen. Ijioma Ijioma, had dragged the governorship candidate of the party, Pro. Greg Ibe, before the court, seeking to cancel the party’s May 29, 2022 governorship primary that produced the latter.

Ijioma had made allegations of manipulation, influence, use of thugs, and financial inducement, among others.

He also claimed that Ibe was still a member of the Peoples Democratic Party when he emerged as the APGA governorship candidate and that he allegedly participated in the PDP’s governorship primary held on May 25.

Delivering judgment in the matter, Anyadike held that the plaintiff failed to prove how the candidate was given undue advantage.

She thereafter affirmed the candidature of Ibe.

Anyadike told the court that she got a phone call the night before as someone threatened her not to deliver the judgment.

However, she warned those behind the threat to retrace their steps, vowing that no amount of intimidation would stop her from discharging her duties.

“I’m under oath to dispense justice without fear or favour, and no man born of a woman will stop me from doing my job,” she said.