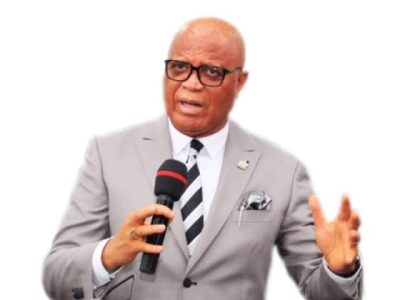 THE Umo Eno campaign organization has debunked allegations of certificate forgery levelled against the gubernatorial candidate of the People’s Democratic Party, PDP in Akwa Ibom State.

Usen described the certificate forgery allegation as unkind, unfair and a political gimmick taken too far by a political opponent

According to Usen, “the alleged certificate forgery is a product of political daydreaming by someone who got only three votes at the PDP governorship primary and may have been deceived by some false prophets that three votes will overturn 993 votes won by Umo Eno in a transparent and very peaceful nomination exercise.

“The good news for me and all of us in Umo Eno team is that the burden and responsibility of proof is heavily on this gentleman -accuser . And I can assure Akwa people worldwide that there is absolutely no forgery to prove against Pastor Umo Eno.

” “What I want to emphasize here which the public must note is that the calculations of this politician-accuser is that if Pastor Umo Eno is eliminated from the race, he (accuser) would coast home as the governorship candidate, since his 3 votes placed him second in that nomination race.

” In other words, this accusation is not made by a neutral person or in good faith, but by a fairytale opponent who seeks to overcome his opponent by foul play”

Usen explained that the widespread certificate forgery allegation was first made by the same accuser in a petition to the PDP national headquarters in Abuja, stressing, “The PDP at the national level took the allegation seriously, investigated it and exonerated Pastor Umo Eno before he was issued a certificate of return.

“Of all the places Pastor Umo had worked , beginning from his first job in the bank to the sensitive positions of Executive Director and Commissioner in Akwa Ibom cabinet, nobody accused him of forgery.

” Also of all the schools he attended including a doctorate programme in the University, none spotted a forged GCE certificate with two credit passes. How then can a defeated politician and opponent tell any sensible person that he has suddenly hit this jackpot that would replace the landslide winner of the race?

“Akwa Ibom people must pardon this politician and see his accusations simply as ‘dirty politics taken too far. Trust me, Pastor Umo Eno has absolutely no iota of problem with his WAEC certificate”.

He however, regretted that most people only relied on beer parlour gossip and social media politicians without seeking for verification.

“In my own case I, Anietie Usen, went to Pastor Umo Eno, sat with with him one-on-one and said to him Sir, I want to see your certificates, and he laughed and wasted no time in showing me his certificate”, Usen noted.  (Vanguard)