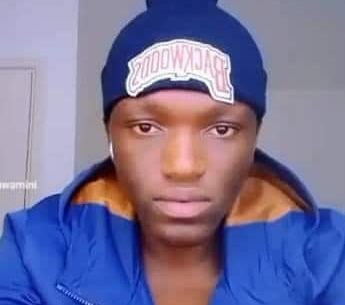 David Nwamini Ukpo, the young man involved in the controversial organ harvesting saga involving Senator Ike Ekweremadu and his wife, Beatrice, has taken to his verified social media handle to explain how he met the Senator and lured from Nigeria to London for the operation without his consent.

This was his unedited post on his social media handle, where he also posted his United Kingdom visa page to back his claim:

“My journey to UK, On one fateful day I met a man named okoro in a building site where I was working for my daily bread, okoro told me he like me, he want to help me achieve my dream because he saw me as a great person. He told me could you like to work in UK I just started laughing because I don’t have money for that, then I told him no am not interested and asked me why I told him I don’t have money for that. 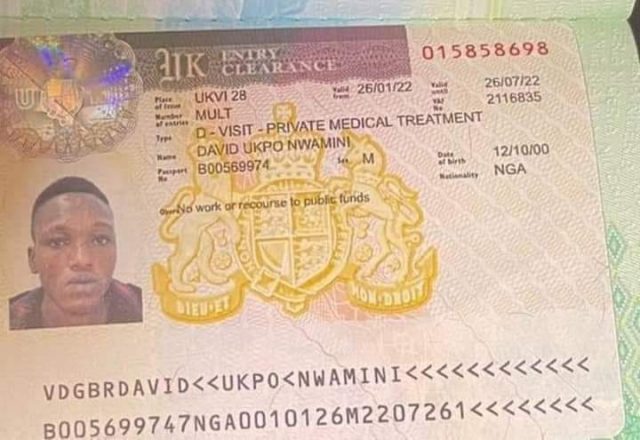 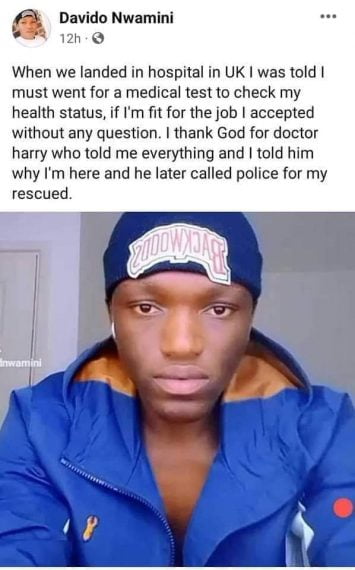 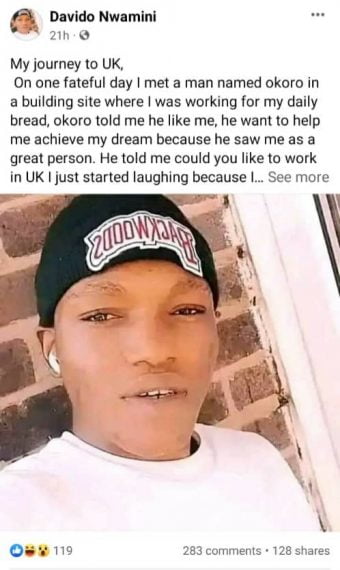 He just started laughing to me and told me he is going to introduce me to senator his company in UK need workers, so he could start my visa processing.

I have no other option than to accept the offered, after two day the man came to the building site again and told me the senator wanted to see me so we could start the visa processing, then I dropped my shovel and head pan and went to bath immediately.

Mrs okoro took me to unknown area where I haven’t been before, I was afraid maybe he is a money ritualist, I encouraged my self since I knew Mr okoro for a long time there will be no problem. Mr okoro hand me over to one young  man wearing a suit, he told me everything about  then I told him Mr okoro has already explain everything to me and I have accepted to work in UK.

Next day these young man introduced me to another man immediately I saw the  man I greeted him, I don’t know his name then he told me he is the owner of the company that want workers in UK and ask me if am interest to work I said yes sir immediately with happiness all over my heart.

Their later gave me a room on that mansion and snap me a passport photographs and told their will start my visa processing immediately. the kind of food I ate there my generation haven’t ate it before. I was so happy staying in that house. After a week their told me my visa and passport are ready their told we are going to leave tomorrow, I was taken to airport from there we land in UK I was taken to a hospital in UK.

When we landed in hospital in UK I was told I must went for a medical test to check my health status, if I’m fit for the job I accepted without any question. I thank God for doctor harry who told me everything and I told him why I’m here and he later called police for my rescued.”