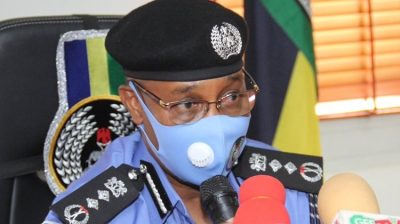 Ahead of the November 6 governorship poll in Anambra, the Inspector-General of Police, Baba Usman, has ordered a major overhaul of the security architecture in the state.

He has consequently dispatched the Deputy Inspector-General of Police, Force Criminal Investigations and Intelligence Department,  Joseph Egbunike as the coordinator of the election security in the state.

Egbunike will be assisted by  ‘seasoned strategic commanders’ from the rank of Assistant Commissioner of Police and above for effective supervision of security personnel and operations in the elections.

This was contained in a statement in Abuja,  on Tuesday, by the Force spokesman, Frank Mba, titled, ‘Anambra election: IGP overhauls security landscape ahead of poll.’

It stated, “DIG Egbunike is saddled with the responsibility of overseeing the implementation of the Operation Order evolved from the Election Security Threat Assessment, to ensure a peaceful environment devoid of violence and conducive enough to guarantee that law-abiding citizens freely perform their civic responsibilities without molestation or intimidation.

“The senior officers are to coordinate human and other operational deployments in the three Senatorial Districts, 21 Local Government Areas and the 5,720 polling units in Anambra State.”

The reported overhaul is coming against the backdrop of threat by the Indigenous People of Biafra to disrupt the poll if its leader, Nnamdi Kanu, who is currently facing criminal prosecution for demanding Biafra Republic, was not released by November 4.

IPOB, which is enforcing a weekly stay-at-home in the South-East every Monday,  also said it would announce a daily stay-at-home from November 4, if its demand was not met.

But Baba was quoted as calling on the electorates in the state to come out en masse and exercise their franchise “as adequate security has been emplaced to protect them before, during and after the elections.”

The statement said, “The IGP reassures the nation that the force is adequately prepared for the gubernatorial election in Anambra State come November 6, 2021.

“He reiterates that the force will do everything within its powers to work with the Independent National Electoral Commission and all stakeholders to protect democratic values, provide level playing field for all political actors, ensure adequate protection of voters, INEC personnel and equipment, accredited observers and other key players in Anambra State.”