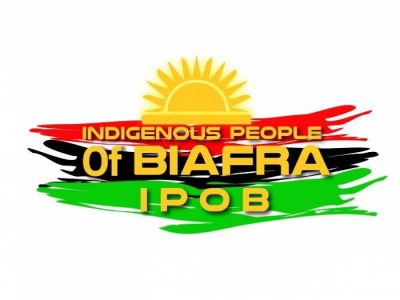 The Indigenous People of Biafra have blamed the upcoming Anambra gubernatorial election for the wanton killings in the state.

In a statement signed by its Media and Publicity Secretary, Emma Powerful, on Thursday, IPOB condemned the killings in the region while calling on governors whom the Anambra State Governor, Willie Obiano, had accused of sponsoring attacks in the state to answer for the killings.

The statement read, “We the global movement and family of the Indigenous People of Biafra, ably led by Mazi Nnamdi Kanu, strongly condemn the spate of senseless attacks on innocent people in the South East by politically-recruited hoodlums masquerading as unknown gunmen.

“It is quite unfortunate that some unpatriotic and unscrupulous elements who are intimidating their fellow politicians because of the November 6 governorship election in Anambra State will resort to bloodletting for power. More annoying is the fact that after their atrocities, some brainwashed fellows would be pointing accusing fingers at IPOB.

“We condemn the attack on Governor Willie Obiano of Anambra State, yesterday. Contrary to allegations by our enemies, IPOB had no hand in the said attack. It is becoming more obvious that those Obiano accused of masterminding killings in his state are angry with him for exposing them.

“The South East governors Obiano said he would not sit at the table with, to discuss insecurity in his state, should be made to explain all they know about the senseless killings in Anambra State.

“We pity those who are chasing shadows, pointing accusing fingers at IPOB. Such fellows are ignorant of what politicians are capable of doing because of power.”

The proscribed group also called on traditional and religious leaders to fish out those responsible for the senseless attacks and stop linking the killings and instability to IPOB.

“Those self-acclaimed Igbo elite, Ohanaeze leaders, traditional rulers and religious leaders must look inward to fish out these sponsored agents of death. They should stop linking IPOB with these killings because IPOB did not come to kill but to save, restore and rebuild,” the statement added.

FG To Direct All TV Stations To Use Sign Language Interpreters