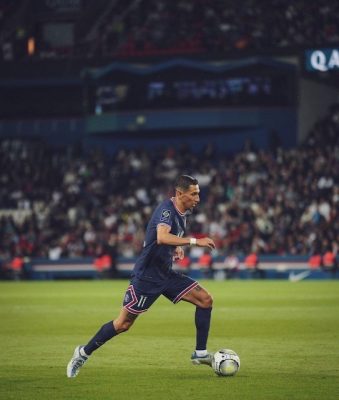 Paris Saint-Germain (PSG) have confirmed that Angel Di Maria will leave the club, after seven seasons, upon the expiration of his contract in June.

Di Maria joined PSG from Manchester United in 2015 and has gone on to enjoy a stellar stint in the French capital.

He has not been able to help PSG win the Champions League, though he did get a runners-up medal in 2019/2020.

Di Maria, who scored in a 4-0 rout of Montpellier last week, contributed to 40 goals in his first season at PSG, scoring 15 and providing 25 assists.

In the 2021 Coupe de France final, his pass for a Kylian Mbappe goal saw Di Maria become the player with the most assists in PSG’s history (104).

That was way clear of second-ranked Neymar’s tally of 267.

His 55 goals place him fourth, behind Neymar, Edinson Cavani and Mbappe.

Lionel Messi’s arrival last year limited Di Maria’s minutes, with the Argentine featuring 30 times across all competitions in the 2021/2022 campaign and starting 21 of those games.

On Friday, ahead of PSG’s final game of the season against Metz, Di Maria posted a picture of the squad to his official Instagram account with the message: “Gracias. Merci.”

“He will be remembered by supporters as a player of impeccable spirit, who showed unwavering commitment to defending our colours.

“I invite the whole Paris Saint-Germain family to meet [Saturday] at the Parc des Princes to pay him the tribute he deserves.”

Reports have suggested that Juventus have lined up a move for Di Maria, who turned 34 in February.(dpa/NAN)