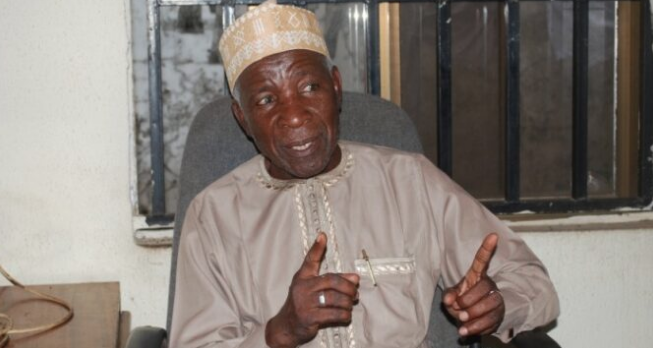 Buba Galadima, a former ally of President Muhammadu Buhari, says the differences in the All Progressives Congress (APC) are irreconcilable.

Galadima said this when he featured on AIT’s ‘Focus Nigeria’ programme on Wednesday.

He spoke about the ability of the ruling party to reach a consensus on its candidate for the 2023 presidential election.

Galadima said members of the APC have segregated themselves into groups that would only support one of their members to become president in 2023.

He said four members of the political party, two each from the north and south, have made an agreement to support each other.

“The APC is divided into three major groups, in fact, three and a half. Seven, seven, five governors. They don’t see eye to eye. Each of the groups would rather support a fellow to be president of Nigeria than to allow the other group to be,” he said.

“So, we’re watching them. And it’s God that is catching them. Because if you allow them to be together, it will be difficult for you to take government from them. That is why they’re busy recruiting new people all over and distancing themselves from their own original comrades.

Galadima said unlike the APC, the Peoples Democratic Party (PDP) is capable of reaching an agreement.

“So if PDP has any problem, it is one percent of what is buried in the APC. They can sit down and agree over a cup of tea, but the APC can never sit down in an ocean and agree on who should be the candidate. I am telling you the differences are irreconcilable because I should know,” he said.