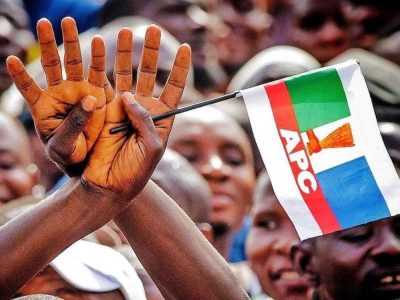 The Chairman, All Progressives Congress Primary Election Committee for Ekiti State and Governor of Jigawa State, Abubakar Badaru, said on Wednesday that party members who would vote in the primary elections across 177 wards in the state would queue behind their preferred aspirant’s poster.

Badaru said that the stakeholders and aspirants had resolved that only members with valid membership cards and as well as voter cards would be allowed to participate in the exercise holding in the state on Thursday.

The committee chairman, who spoke in Ado Ekiti, the Ekiti State capital, during a stakeholders’ meeting attended by aspirants and party leaders, assured of “free, fair and credible primaries,” saying no aspirant would be cheated in the exercise.

Badaru, who said the committee had instruction to adopt Option A4 direct primary, said, “The party has a guideline in the conduct of direct primary, which is the accreditation of the party members after getting their voter cards and party membership slips carrying their photographs and their names.

“After this is done, the members would now queue behind the agents of their preferred aspirants in each ward before counting. It is whatever that is counted across the wards and acceptable to all agents that will be collated and announced accordingly.

Badaru directed each aspirant to nominate 20 persons that would work with the committee as local organising committee in the collation and transmission of results, saying he adopted the modality to make the process more credible and acceptable.

Speaking earlier, Badaru said the police and the Independent National Electoral Commission had assured of their readiness for the exercise, saying, “The Commissioner of Police assured that he has adequate arrangement to secure all venues of the primaries.”