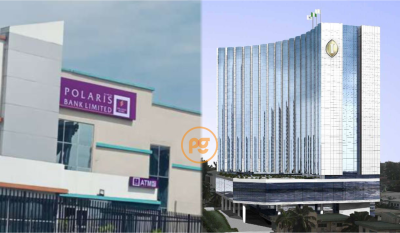 The Court of Appeal Lagos Division has overturned Polaris Bank and Asset Management Corporation of Nigeria’s (AMCON) sale of the Intercontinental Hotel in Lagos and ordered that the facility be returned to its original owner, Milan Industries Ltd.

In a unanimous judgment, three judges of the court ruled that Milan Industries had fully reimbursed the bank for the N2 billion mortgage facility it obtained from Polaris Bank before AMCON, and the bank took control of the hotel and sold it.

“With the resolution of Issues No 1 and 2 in favour of the cross respondent and against the cross appellants (Polaris Bank, AMCON and 11 PLC), it is my view that this cross-appeal lacks merit, and it is hereby dismissed,” the judge stated.

On his part, Justice Ibrahim Sirajo argued that there was no collateralised and secured asset to sell to AMCON when Polaris bank made the agreement to sell Milan’s asset.

Milan Industries Ltd had obtained a loan from Skye Bank to help finance the five-star hotel on Victoria Island in Lagos, managed by IHG.

The Milan Group was given until 2021 to repay the loan. But the bank secured an interim order to take over the hotel’s operation, which was vacated when the court dismissed the suit on March 20 2018.

The Lagos Division of the Federal High Court overturned the bank’s decision to place Kunle Ogunba in charge of the five-star hotel’s management during the time the bank was known as Skye Bank.

Despite this, the bank sold the hotel to 11 PLC, a decision contested in court by Milan’s attorneys, Messrs Ahmed Raji and Tunde Kasunmu.

A copy of the ruling signed and released Wednesday by the senior registrar of the court, A.G. Balogun, indicated that the appellate court concluded that the two issues raised by Milan Industries were settled in its favour.