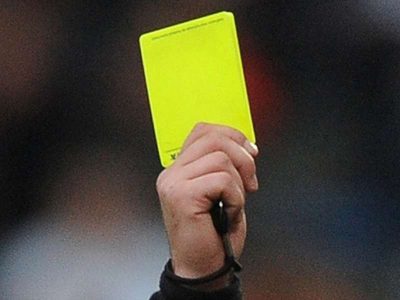 It has been revealed that Arsenal’s yellow card probe for potential manipulation of the betting markets was set to generate winnings of over $1m.

As per The Athletic, a bookmaker received $420,000, the equivalent of £310,000, in bets for a yellow card received by an Arsenal player earlier in the season.

The patterns were seen as suspicious by the bookies and flagged up and referred to the international betting watchdog over concerns of “manipulation”.

Despite this, there is no official investigation into it yet from the International Betting Integrity Association (IBIA), but it is being investigated by The FA at present.

The report also reveals that the nature of the bets was in cryptocurrency and that the bookmaker who filed the suspicious activity is not based in the United Kingdom and is not a member of IBIA.

It is unclear what the outcome will be at present, and we will have to wait to see whether the player involved in the incident will be the subject of investigation if they find that there has been manipulation of the markets.

Players have previously received large fines and even bans for their involvement in betting, including Joey Barton, Daniel Sturridge and most recently Kieran Trippier.