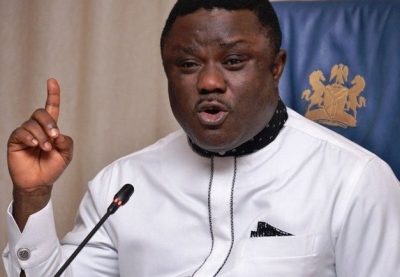 Itam reportedly attended a meeting of the southern senatorial district caucus of the Peoples Democratic Party (PDP) where Arthur Jarvis was said to have been endorsed as a concensus governorship candidate for the 2023 election.

The meeting was presided over by Donald Duke, ex-governor of the state.

“Following the report of the panel set up by the Cross River State Traditional Rulers Council (CRSTRC) and the approval of His Excellency, you have been removed as the village head, clan head of Ukem and paramount ruler of Efuts with immediate effect to enable you go ahead to do your partisan politics,” the letter reads.

“You have therefore ceased to be so recognised and cannot operate as such forthwith.”

Ayade is among APC politicians who have declared interest in running for the office of the president.

The governor, however, said he would step down his ambition and support ex-President Goodluck Jonathan if the latter is chosen as the APC standardbearer.
(The Cable )