BBNaija 7: Why I nominated Sheggz and Bella for Eviction – Adekunle 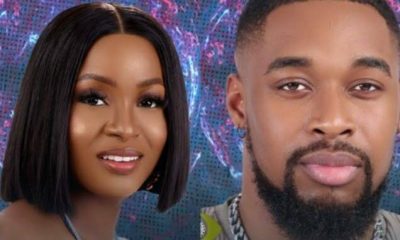 Big Brother Naija Level Up housemate, Adekunle, has explained why he decided to put the ‘Shella Ship’ up for possible eviction.

Adekunle and Shegzz are one of the no love lost stories of the Level Up season. The two had a bust-up last week about food and have at different times expressed displeasure about one another.

In his diary session with Biggie on Tuesday, Adekunle said he nominated the couple based on Ebuka’s revelation during Sunday’s live eviction show.

Ebuka, during the eviction show, revealed content of Sheggz and Bella conversation where they said other housemates hated them.

After the nomination process, Big Brother decided to put up all housemates for possible eviction. When he was asked about his feelings on Biggie’s decision, Adekunle said “I feel it’s good for everyone to be up for eviction.”

Ebuka had announced during the nomination show that the housemates have the whole week to bond, and there would be no eviction on Sunday. The decision is unknown to the housemates. Level 1 and 2 housemates were merged after the eviction show on Sunday.

BBNaija S7: Meet The Finalists Of ‘Level Up’ Edition

BBNaija: 8 housemates up for eviction as Chichi saves Daniella, Phyna for finale