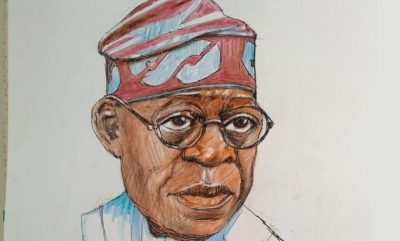 I do not know if it was All Progressives Congress, APC, presidential candidate, Asiwaju Bola Tinubu’s inability to attend Arise Tv’s town hall that ticked off Thisday Newspaper and its sister outfit, Arise Tv, or, indeed, if on the other hand, such an otherwise reputable media conglomerate has, nevertheless, somehow decomposed into the willing tool of clearly very desperate politicians determined to stop Tinubu at all and any cost. Whatever be the case, both Arise Tv and Thisday are coming across as quite unprofessional and rather perplexingly so.

Of course if a candidate for election refuses or howsoever fails to turn up for a debate, town hall or the like, it is not the entitlement of a media outfit to thereupon take offense as if there was ever any compulsion in the first place to engage with the media generally or that outfit in particular. Neither journalists nor media houses can claim the right to compel citizens to cooperate with them or participate in their activities, programs, procedures or processes.

In any case, the press exists to fend off dictatorship and cannot become a dictator, itself. It certainly cannot then be the right of any section of that same press, the constitutionally recognized fourth estate of the realm, that should have so utterly decomposed as to have acquired such delusions of grandeur that it proceeds to adopt a tyrannical disposition to members of the public, indeed, whether or not they are running for office, simply because they have refused or howsoever failed to engage with it. Indeed, even if the context of a media house taking offense is to be assumed, the remedy available to it is to leave the candidate to the electorate in whom the ultimate electoral decision resides.

Arise Tv and its sister outfit, Thisday Newspaper, both owned by Prince Nduka Obaigbena, are at best behaving like a jilted lover intent on maniacal revenge. If that is not the case, then the attitude of both mediums towards Asiwaju Bola Tinubu only serves to render them in the distinct colours of manifestly unprofessional, shamelessly biased, and, altogether disreputable media outfits. In short, the single-mindedness with which they have kept going after Tinubu only exposes them to otherwise avoidable reduction into the status of mere political hacks masquerading as real journalists.

Indeed, it is simply stupefying that a newspaper with pretensions to being the flagship of the Nigerian press would become as recklessly partisan as Thisday or its sibling, Arise Tv! If it is not some urchin pretending to be an investigative journalist, while playing judge, jury and executioner that Arise is interviewing and gleefully lending a platform to shamelessly peddle blatant lies and disseminate shamefully dishonest innuendos on satellite television, then it is a fake news report additionally slanted in such a manner that even a student of journalism should be ashamed to own its byline that its sibling, Thisday is splashing all over its pages and website.

This is quite apart from Arise Tv putting out a patently fake and most brazenly forged report it attributed to the Independent National Electoral Commission, INEC, before the public in circumstances most woefully unbecoming of a news station. Far from being any tenable species of reportage, this is malpractice to the most egregious and totally unconscionable degree. It should have absolutely no place in journalism and must not be tolerated at all.

Simply put, the attitude of both media houses to Bola Tinubu’s candidacy is a most curious one to say the least and it is as if their owner, Obaigbena, has such a John Bunyan scale axe to grind with the APC presidential candidate that he has simply flipped to hack mode, forgotten the entirety of his journalistic ethics and glibly plunged into the fray of naked politics in furtherance of what is no longer a hidden agenda.

While Obaigbena and whomever he is in cahoots with are only wasting their time as even they will soon find themselves addressing Tinubu as “Mr. President”, the rest of us who buy newspapers and subscribe to satellite television must insist they do not get away with the shenanigans they are presently so shamelessly and most unprofessionally orchestrating. This is still a civilization and we have rules and regulations in this country that all of us, including the media, must observe. No one is above the law – not Thisday, not Arise Tv, nor an Owa prince.

I would rather die than fail my supporters – Peter Obi

‘I am bulletproof’ – Ronaldo breaks silence on controversial interview