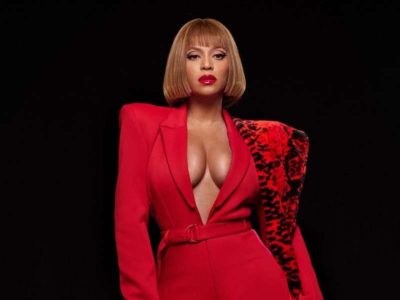 Fans of the diva Beyoncé have been anxiously awaiting the music video release for her most recent track, “Break My Soul.”

On Thursday night, the 40-year-old performer teased her followers with a “Cliquebait” video.

A full video for the song, which is off her most recent album, “Renaissance,” has not yet been made public.

In the “Cliquebait” video, which was made public on her YouTube page, Beyoncé rides a horse wearing a silver-clad outfit, similar to the artwork for her “Reinassance” album.

The wind blows the “Crazy in Love” crooner’s hair as she rides the dazzling pony.

In a different image, Beyoncé is nowhere to be seen while a fire burns next to a metal horse.

For the remainder of the four-minute song, the name of her seventh studio album is then displayed on the screen.

A number of problems have surrounded the album’s debut since the Texas native’s record dropped last week.

The 40-year-old singer received glowing reviews for her dance-inspired seventh studio album when it was released on Friday. Still, she faced backlash over the weekend after listeners pointed out that the song “Heated” contained a derogatory term.

Beyoncé sings the lyric, “Spazzin’ on that ass, spazz on that ass,” on the single, which was co-written by Drake.

The word “spaz,” which is frequently used in casual speech to signify “freaking out” or “going crazy,” really originated from the term “spastic,” which is derogatory to those who have spastic cerebral palsy.

Beyoncé’s representatives, via a statement to the media, noted that the phrase, not used purposefully in a damaging sense, would be replaced and that the song will be changed.

Kizz Daniel breaks record as Most Streamed Artist on…