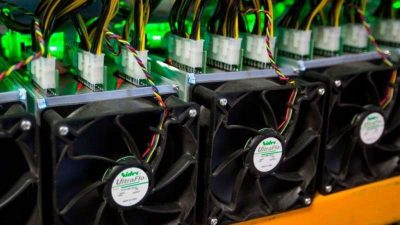 The overall power consumption of the Bitcoin (BTC) network recorded a drastic drop after mimicking the two-week-long fall in the mining hash rate, which reduced the commuting power for mining BTC blocks to 199.225 exahash per second (EH/s).

According to the data shared by the Cambridge Centre for Alternative Finance, the Bitcoin network recorded the year 2022’s lowest power demand of 10.65 gigawatts (GW). At its peak, the BTC network demanded 16.09 GW of power.

On June 16, a report highlighted how the banking sector utilizes 56 times more energy than the Bitcoin ecosystem. Publisher Michel Khazzaka, an IT engineer, cryptographer and consultant said in an exclusive interview: “Bitcoin Lightning, and Bitcoin, in general, are really great and very efficient technological solutions that deserve to be adopted on a large scale. This invention is brilliant enough, efficient enough, and powerful enough to get mass adoption.”

The sudden reduction in Bitcoin’s power demand can be attributed to the falling hash rate. The mining hash rate serves as a key security metric, the computing power required by BTC miners to successfully mine a block.

Bitcoin’s mining difficulty reached an all-time high of 231.428 EH/s on June 13, which was followed by over a -13.9% drop over two weeks. The latest breakdown of the hash rate distribution shows F2Pool and AntPool as the biggest known miners with each mining 81 and 80 blocks over the last four days respectively.

A group of researchers, under federal funding, designed a class of stablecoin dubbed the Electricity Stablecoin (E-Stablecoin) that would transmit energy as a form of information.

As explained, the E-Stablecoin would be minted through the input of one kilowatt-hour of electricity, plus a fee, which could then be used for transactions the same way as any stablecoin.