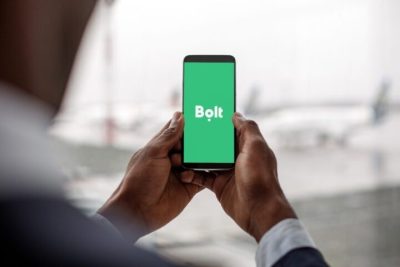 Jan 24, 2022
Bolt, a ride-hailing company, says it has raised $712 million (€628 million) to expand its transportation and food delivery super app.

Sequoia Capital and Fidelity Management and Research Company participated in the funding round — bringing the company’s total valuation to $8.3 billion.

According to Bolt, the funding round will be used to expand into new areas and bring more customers and partners to its “super app”.

Markus Villig, Bolt’s chief executive officer and founder, said the business is open for partnership and looking at growing bigger.

“All of our business units are growing. Bolt is working on partnering with more city governments to build our services as part of the updated transportation strategies,” Villig said.

Being the biggest rival of Uber, Villig said they are focused on becoming better — giving favourable commissions to their drivers and offering discounts to customers.

“There is a massive lack of supply on these platforms, so we have focused on taking the most partner-friendly lowest commission. That has paid off well for Bolt, which has now seen monthly revenues more than double compared to sales pre-Covid,” Villig added.

“But we have made attracting and keeping drivers a major focus by paying out better commissions than our rivals and will pay between 10% and 20% better than competitors. We have been offering substantially lower prices than anybody else in the industry… we expect this to continue.”

Bolt said it has more than 100 million customers in 45 countries and over 400 cities using its services.

FLASHBACK: Two Months Ago, Fashola Said Tinubu Would Declare His Ambition In January

Buhari pays tribute to the life, legacy of Shonekan

Understanding The Pan-African Payment And Settlement System (PAPSS) Of The…