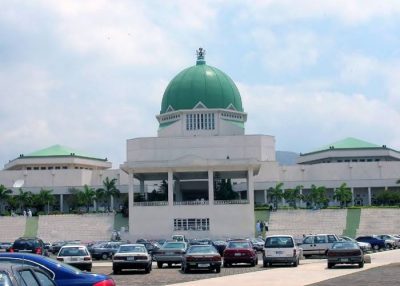 The Parents of abducted students of College of Forestry Mechanization, Afaka in Kaduna State have occupied the National Assembly Complex, Abuja, in protest.

The protesters which include members of the Students Union Government (SUG) of the institution are lamenting over what they described as the negligence of the State and Federal Governments in securing the release of the children.
The protesters gathered at the Unity Fountain and proceeded to the National Assembly complex where security agents prevent manned the main entrance.
It can be recalled that about 39 students of the institution were on March 11, 2021, abducted from their hostels.
Ten students have so far been released in two batches of five each. (Channels TV)

We are against payment of ransom to bandits – ACF