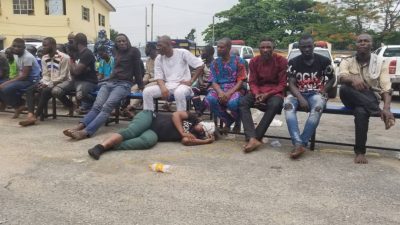 A Magistrates’ Court in Yaba, Lagos State has granted bail to the 49 Yoruba Nation agitators arrested in the state.

A motion for their bail application was filed by human rights lawyers led by Olasupo Ojo and Oladapo Kayode.

The Communications Manager for the umbrella body of Yoruba Self-Determination Groups, Ilana Omo Oodua, Mr. Maxwell Adeleye, in a statement on Monday, said the agitators are to provide N300, 000 with two sureties each.

“One of the sureties must be a family member and the other a community leader or clergy with proof of tax payment,” Adeleye added.  (Punch)