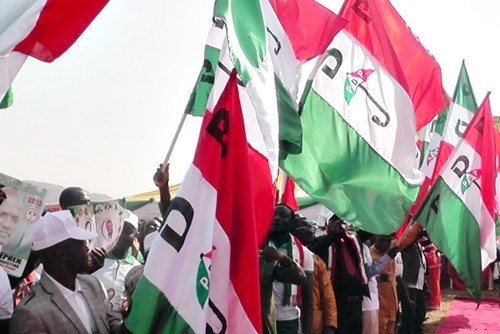 The Peoples Democratic Party has picked dates to hold the suspended Zonal Congresses in the South West, North West and North Central.

This was contained in a letter signed by the party’s National Chairman, Uche Secondus, and National Secretary, Senator Umar Tsauri, which was addressed to the Chairman, Independent National Electoral Commission, Prof. Mahmoud Yakubu, dated March 31, 2021.

The letter indicated that the Zonal Congresses will hold on April 10.

The letter from the PDP headquarters reads: “Please refer to our earlier letter with ref No.PDP/DOM/GF.2/VOL.IM/21-015, in which we informed the Commission(INEC) of the postponement of our planned zonal congresses in North West, South West and North Central.

“We now wish to inform the commission of new dates for the North West, south west and North central zones.”

The letter gave the location and dates for the congresses to include Ibadan for South West, Kaduna for North West and Makurdi for North Central.

It further read: “Please note that all our party’s activities shall be in accordance with the Nigeria Centre for Disease Control (NCDC) guidelines on COVID-19 as they concern social/physical distancing if people gathering in one place.”

Makinde is Our Leader, Fayose Declares