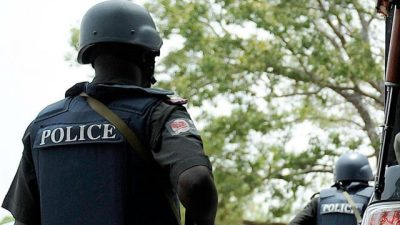 The OBIdients, supporters of Peter Obi, presidential candidate of the Labour Party for the 2023 election, were on Saturday morning tear gassed by some police operatives in Abakaliki, Ebonyi State capital.

POLITICS NIGERIA reports that Labour Party members and supporters of the former Anambra State governor had gathered along Mile 50 area to embark on a rally to canvass support for their candidate but were interrupted.

According to one of the ‘OBIdients’, Nwali Ikechukwu, some persons were injured when the security agents tear gassed them and some arrests were made.

It is not yet clear the exact reason for the police action but the spokesman for the Ebonyi State Police Command, SP Chris Anyanwu, could not be immediately reached for comments.

Ebonyi is a state controlled by the All Progressives Congress (APC), with Dave Umahi as its governor.

See some photos from the incident below: