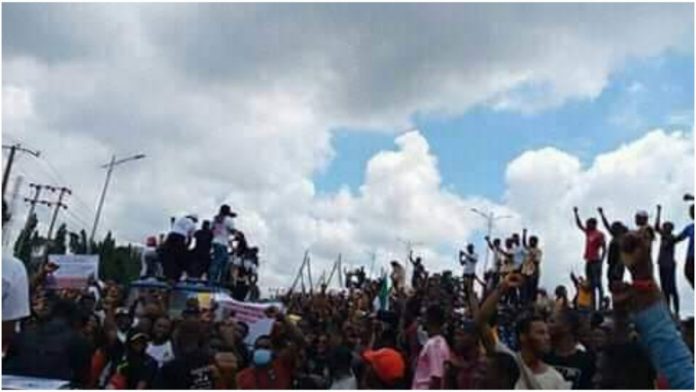 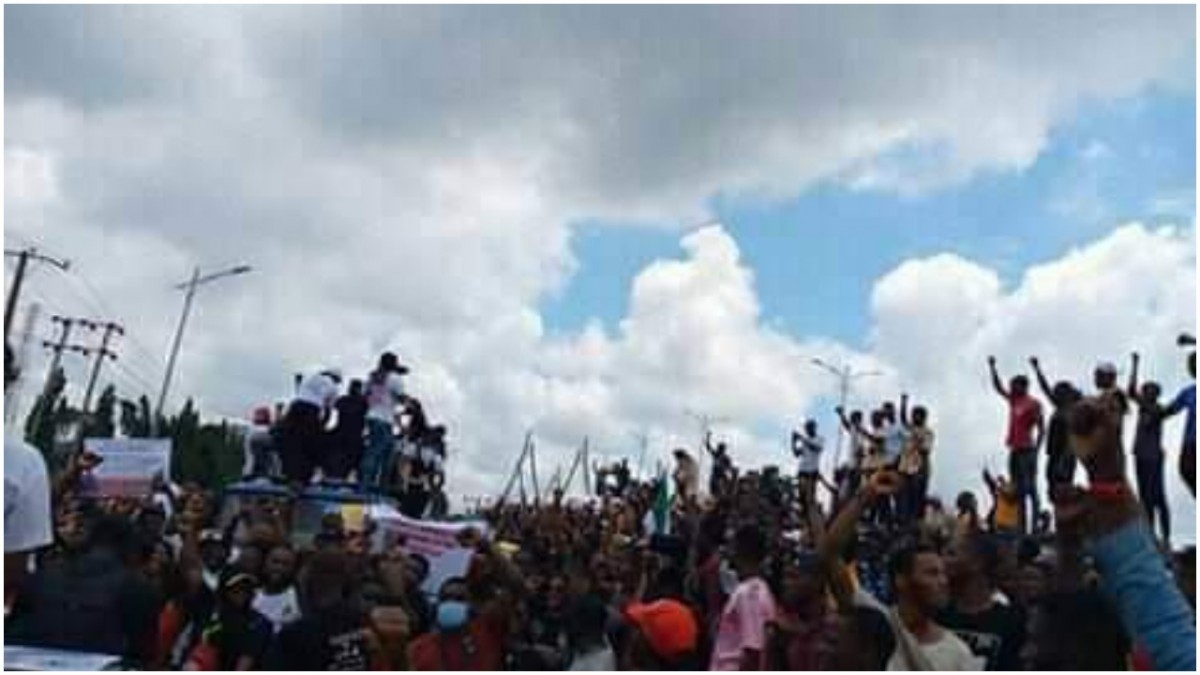 There was disagreement at the headquarters of the recently disbanded police arm, SARS in Anambra on Friday as thousands of youths who marched to the place insisted on searching the compound.

DAILY POST gathered that the youths’ insistence followed the belief that some suspects were usually killed and buried inside the compound housing the SARS offices.

One of the protesters who spoke with our correspondent said, “We gathered that they usually bury some killed suspects inside their compound. We want to exhume their bodies so that they loved ones would know that they are dead and give them burials.”

However, attempts by the protesters to access the compound was rebuffed by armed security men, resulting in an argument.

The angry protesters were irked by the refusal of the policemen to grant them access and resorted to blocking the Enugu-Onitsha expressway.

“It is now CID Annex. They (suspects) held in the centre are being profiled and investigated to ascertain the allegations levelled against them. Those found wanting would be prosecuted while those cleared would be released unconditionally,” he said.

Meanwhile, the protesters are on their way back to Awka from Awkuzu.