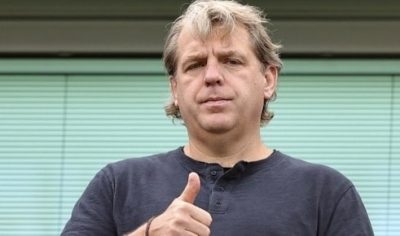 Chelsea have sacked their long-serving head physiotherapist Thierry Laurent following a series of other high-profile shake-offs made by the club’s new owner Todd Boehly.

According to Metro, the dismissal of Laurent, who spent 17 years at the club and worked with different managers in the Blues titles triumphs was announced during a “short Zoom call” on Tuesday.

Laurent was said to be in shock by the announcement of his unexpected dismissal and was subsequently informed that the new owners wanted to bring in their own people.

His dismissal followed a series of sacking Boehly-led new ownership has embarked on since the purchase of the club from Roman Abramovich in May.

Immediately he took over, the likes of Marina Granovskaia, Bruce Buck and Petr Cech all left the club.

More recently was the sacking of Chelses manager Thomas Tuchel last month replaced by former Brighton manager Graham Potter. Boehly said Tuchel’s vision for the club was different from those of the board members.

The new owners have been vocal about plans to reshape and restructure the club’s medical department after conducting a 100-day review to determine where improvements are necessary.