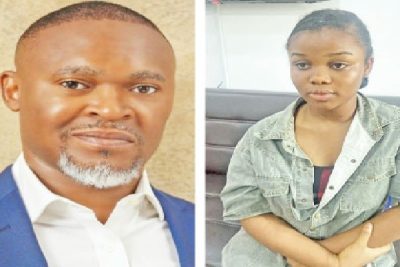 The Lagos State High Court sitting at Tafawa Balewa Square yesterday heard the testimony of a police officer, Olusegun Bamidele, who claimed that Chidinma Ojukwu confessed to stabbing the late Usifo Ataga in the neck several times without counting.

Ojukwu, a 300-level, Mass Communication student of the University of Lagos (Unilag), is facing trial for the offence alongside her sister, Chioma Egbuchu and one Adedapo Quadri.

Bamidele, a Deputy Superintendent of Police (DSP) serving with the homicide department of the State Criminal Investigating Department (SCID) Yaba, continued his testimony in the alleged murder case of Ataga, the Chief Executive Officer of SuperTV.

The police officer led in evidence by the Lagos State’s Deputy Director of Public Prosecution, Adenike Oluwafemi, told the court how investigations revealed where the late Usifo Ataga and Chidinma might have met before arriving at the crime scene.

INEC Rules Out Extension, Vows To Remain Firm With Laws For 2023 Polls