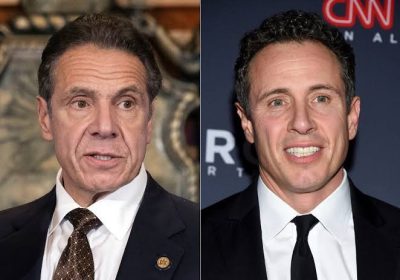 The records, which were released Monday, November 29, by the office of New York Attorney General Letitia James from an investigation conducted into allegations of sexual harassment against Andrew Cuomo, include text messages sent by Chris Cuomo to one of his brother’s top aides and a transcript of an interview with Chris Cuomo conducted by investigators working for Ms. James.

The records show that Chris Cuomo gave detailed feedback on his brother’s statements to the press and gathered information about upcoming stories involving his brother’s accusers.

In a statement, CNN, a company under WarnerMedia, said that “thousands of pages of additional transcripts and exhibits” released by Ms. James’s office “deserve a thorough review and consideration.”

“We will be having conversations and seeking additional clarity about their significance as they relate to CNN over the next several days,” the CNN statement said.

Andrew Cuomo stepped down as governor of New York earlier this year after Ms. James’s office released its report, though he said that some of the allegations against him were not factual and we’re politically motivated.

A spokesman for Andrew Cuomo said that aspects of Ms. James’s investigation into the former governor were politically motivated.

Back in May, CNN President Jeff Zucker said in an employee meeting that Chris Cuomo had “made a mistake” by participating in strategy sessions with his brother, but said he didn’t see a point in suspending Chris Cuomo, adding that taking him off the air would amount to “punishment for the sake of punishing.”

Also in September, Chris Cuomo himself was accused of groping a veteran TV journalist at a party in 2005 when they were co-workers at Walt Disney Co. ’s ABC News. Chris Cuomo responded by saying he regretted the incident, which he said wasn’t sexual in nature.

The records also say CNN anchor reached out to sources—including other journalists—to figure out whether additional complaints of sexual misconduct against his brother might surface.

Andrew Cuomo has been accused by several women, including some that worked for him, of sexual misconduct that included inappropriate touching and lewd remarks. Ms. James’s report, which was released over the summer, said that Andrew Cuomo grabbed the breast of an executive assistant; caressed the neck, back and belly of a state trooper; squeezed the rear end of another employee; inappropriately touched two other women, and over the years, made a habit of hugging and kissing staff members to their discomfort.