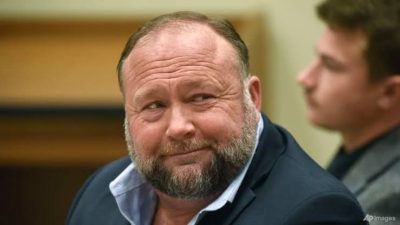 In his filing, Mr Jones asserted more than $1.5 billion damages had been awarded against him to family members of the Sandy Hook shooting victims as punishment for his reckless lies about the elementary school shooting.

Mr Jones’ filing for bankruptcy at the Southern District of Texas in Houston came shortly after Free Speech Systems, the parent company to Infowars, also filed for bankruptcy in July.

However, his personal bankruptcy declaration may stall the payment of compensation to the relatives of the 2012 school shooting victims. that killed at least 26 persons.

Mr Jones, then, falsely claimed the shooting was staged and referred to the victims’ families and first responders as “crisis actors”.

However, his personal bankruptcy declaration could delay the delivery of compensation to the relatives of the victims of the 2012 school shooting, which left at least 26 people dead.

I Resisted Pressure To Merge FRSC With Other Agencies – Obasanjo