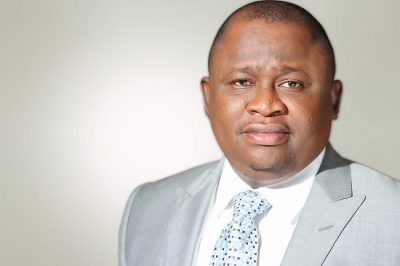 The adjournment was sequel to an application filed by some constituents of Lagos West Senatorial District, who approached the court and sought to be joined as defendants in the suit filed against the Senator, by some aggrieved members of All Progressive Congress (APC).

While those listed as respondents alongside Yayi are: Independent National Electoral Commission (INEC); All Progressive Congress (APC) and National Assembly.

It would be recalled that Justice Ambrose Lewis-Allagoa, while granting an Exparte motion numbered FHC/L/CS/822/2022, filed by the Plaintiffs, summoned Senator Yayi and other defendants to show cause, why he should not be restrained from contesting for the seat of Ogun West Senatorial District in the 2023 General election.

At the resumed hearing of hearing on Wednesday, Dr. Kemi Pinheiro and Seni Adio both (SANs) leading Yakubu Eleto; Tokunbo Davis and others for the Plaintiffs, while Chief Wole Olanipekun, Babatunde Ogala, and Professor Taiwo Osipitan, all Senior Advocates of Nigeria (SANs) represented Senator Adeola, APC and National Assembly respectively. While Olayinka Kujembola led Mr. Babatunde Rajh-Label, to represent 21 members of Lagos West Senatorial District, as persons seeking to be joined in the suit as Senator Adeola’s Co-defendants.

Responding, Dr. Pinheiro (SAN) the lead counsel to the plaintiffs admitted being served with the application of the persons seeking to be joined in the suit.

Pinheiro however told the court that he intend to respond to the application, and asked the court for a short date.

Also, Chief Olanipekun (SAN) informed the court of the Senator’s application seeking dismissal of the suit brought against him.

Olanipekun (SAN) also told the court that he was surprised that despite the pendency of the suit the plaintiffs went ahead and filed another Exparte application for an order of mandatory injunctions.

The silk  also confirmed to court of being served with the application of persons seeking to be joined as Senator Adeola’s Co-defendants.

He however asked the court for a short date to enable him respond to the application of the persons seeking to be joined in the suit.

Counsel to APC, Mr. Ogala (SAN) told the court that he has been served with the Yayi’s application seeking to dismiss the suit, but he was yet to be serve with the Plaintiffs’ processes.

When asked how he got to know about today’s date? The senior lawyer told the court that he became aware of it through newspapers and online reports.

Also, Professor Osipitan (SAN) counsel to the National Assembly, informed the court that the Plaintiffs are yet to serve him with any processes in the suit.

Responding  to both Ogala and Professor Osipitan’s submissions, counsel to the Plaintiffs, Dr. Pinheiro (SAN) told the court that his clients had served all the processes on APC but he will make sure that the National Assembly are served with the processes.

By the agreement of all parties that the application of persons seeking to be joined as Senator Adeola’s Co-defendants, be first heard before any other applications can be entertained, Justice Lewis-Allagoa, adjourned the matter till July 13, 2022  (First Weekly Magazine)