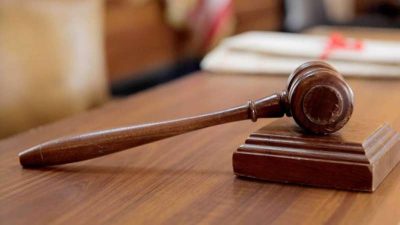 A Federal High Court sitting in Abuja has set aside a consent judgment entered in favour of a company, Panic Alert Security Systems Ltd against the Trustees of the Nigeria Governor’s Forum (NGF) for the payment to some individuals and organizations for the roles they played in the Paris Club refund received by the Federal Government.

Panic Alert Security Systems Limited had relied on the consent judgment to lay claim to professional fees of $47. 821, 920.

Before the judgment delivered by the Chief Judge of the Federal High Court, Justice John Tsoho, the Attorney General of the Federation and Minister of Justice, Abubakar Malami, SAN, had equally relied on the judgment and had since recommend that the money be paid to the company.

But dissatisfied with the recommendation of the AGF on the basis of the consent judgment, the 36 State Governors through its forum, the Nigeria Governor’s Forum (NGF), instructed its counsel, Mr. Paul Harris Ogbole, SAN, to challenge the said consent judgment upon which the AGF relied on in court.

In his ruling delivered on Tuesday, the Chief Judge of the Federal High Court, Justice John Tsoho held that the said consent judgment in its entirety was entered without jurisdiction.

The court agreed with counsel to the 36 State Governors, Mr. Ogbole, SAN, that the reliefs claimed by Panic Alert Systems Ltd. against NGF in Suit No: FHC/ABJ/CS/123/2018, were premised on a simple contract which by Section 251 of the Constitution of the Federal Republic of Nigeria 1999 (as amended) strips the Court ab initio the required jurisdiction to entertain such matters.

Accordingly, the court set aside the consent judgment in Suit No: FHC/ABJ/CS/123/2018.

By the ruling, all approvals by the AGF, the President, Minister of Finance, Accountant-General of the Federation, Debt-Management Office arising from, related to or concerning Panic Alert’s claims have been voided.

In addition, all Promissory Notes, cheques or any financial instrument issued by the Federal Government in favour of Panic Alert were nullified and canceled and of no effect whatsoever.

The decision followed a motion filed by the Incorporated Trustees of the Nigeria Governor’s Forum on June 30, 2021, for the setting aside of the purported consent judgment in suit No: FHC/ABJ/CS/123/2018.

The motion which was filed and argued by counsel to the NGF, Mr. Paul Harris Ogbole, SAN, against Panic Alert Security Systems Ltd and Dr. George Uboh and others, was rooted on the grounds that the Federal High Court by virtue of Section 251 of the 1999 Constitution ( as amended), lacks jurisdiction to have entertained a matter that was founded on a simple contract.

In the suit, Panic Alert Security Systems Limited, purporting to have been contracted by the Nigeria Governors’ Forum (NGF) to review a 16-page judgment in Suit No: FHC/ABJ/CS/130/2013, between Linas International LTD & 235 Ors. V. Federal Government of Nigeria & 3 Ors.

The company had claimed that it was entitled to $47,821,920, being consultancy fees which were never agreed or specified in any contract with the NGF.

It thereafter filed an action for breach of contract against the Nigeria Governors’ Forum at the Federal High Court, Abuja on April 8, 2021.

But in motion for the setting aside the consent judgment, the NGF through its counsel, Paul Haris Ogbole, SAN, argued that the Consent judgment arising from the suit did not award the sum of ($47,821,920) or any other sum to Panic Alert.

He submitted that on the contrary, the judgment merely stated that Panic Alert will be referred to the Attorney General of the Federation for verification and settlement.

How I Built 120 Model Police Stations Across Nigeria -IGP