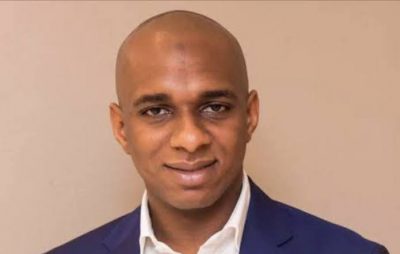 * How He Used His Connection With Late NNPC Boss, Baru, to Advantage

* The 37-year-old’s love for his private jet, jewelry and Savile Row suits

Yes, like anxious teenagers waiting for their bar mitzvah, many people, near and far-flung, are eager to know who Abdullahi Haskeis. At 37, the dude who is married to the former president, Atiku Abubakar’s daughter,  permeates Nigeria’s presidency and high society, like the proverbial breeze sweeping across fortune’s marsh and the spirited meadow. Some have likened him to a gale on steroids, perhaps because he stormed into reckoning astride a climate of bankruptcies and towering uncertainties.

While bankrupt oil Turks, boardroom giants and veterans of industry clutched at straws, on a steady free-fall to insignificance, Haske staged an enviable ascent the ladder of fortune, courtesy high octane politics.

That he is the presidency’s favourite is an open secret, but very few people understand why he has the ears of some top guys in the presidency. While several washed-out politicians jostle for access to the Presidential Villa in Aso Rock, Haske casually strolls into its majestic expanse, strutting and fretting, and asserting his worth without a care in the world.

Haske is a man ennobled by mother luck and he is milking his fortune and unusual access to powerful elements in Nigeria’s political circuits.

He literally lives in a bubble; unfettered access to tons of money, all things bright, bubbly and beautiful. Many of his peers and protégés would give a limb to swap places with him for just one day.

Since the latter facilitated his boardroom coup and acquisition of a prime stake – 51 per cent – of the four oil licenses: OML 123, 124, 126, and 137 held by previously owned Addax Petroleum, Haske has appreciated in stature and wealth.

His acquisition of 51 percent of the oil blocks spread across the oil sector, like a glacial sneeze. Everybody caught a cold, Sir Emeka Offor and ABC Orjiakor, in particular, to whom he left a paltry 20 and 29 percent respectively.

Barely five years ago, Haske was undoubtedly a nobody; but for the backing he enjoyed from the former Group Managing Director (GMD) of the Nigerian National Petroleum Corporation (NNPC), the late Maikantu Baru, who reportedly made him a billionaire stakeholder in the oil sector.

In the wake of Baru’s demise, Haske has appreciated in stature, business, and political connections. He is untouchable too hence Mele Kyari, the current GMD of the NNPC finds it extremely difficult to curtail him.

Since his change in fortune, Haske has been attracting the loyalty and profuse love of friends and colleagues, casual acquaintances and complete strangers, as the pollen nectar attracts butterflies to its sweetness.

At the heel of his new found fortune and acclaim, Haske has morphed into a lordly hunk of sort, presenting a perfect portrait of the affluent, currency-activated billionaire, who brooks no opposition to his lusts and is ruthless in business, especially towards perceived cutthroat rivals or opposition.

So powerful is he in the industry where he is less than five years old that key officers of the Nigerian National Petroleum Corporation (NNPC) including the head honcho, GMD Kyari, have no choice but to curry his favour.

Likewise a retinue of oil moguls, politicians and businessmen who are currently jumping through hoops to earn his friendship.

Haske’s ascent the pedestals of high society offers timeless anecdotes about the unpredictability of affluence and power. But while he cashes in on his fortune and acclaim, let him be wary of hubris and the guilty pleasures that has overtime ruined the most powerful and affluent.

High society is littered with such men who enjoyed their best moments too early in life. Today, not even the comfort of old glory could keep them in the spotlight and the patronizing view of their former comrades in high society.  (The Capital NG)