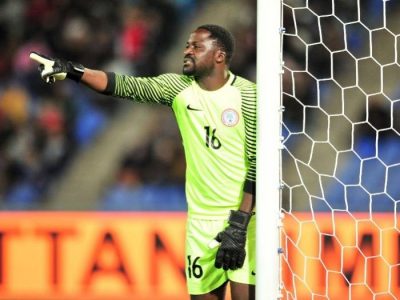 The Nigerian billionaire has long been linked with a move for the Gunners, who are owned by American billionaire Stan Kroenke as part of Kroenke Sports & Entertainment (KSE).

The 62-year-old founded the Dangote Group – the largest conglomerate in West Africa – in 1981, which deals with the manufacturing and production of a number of consumer goods including sugar, cement, rice, flour, and fisheries.

On the other hand, Femi Otedola, known for his philanthropic nature in society owns large businesses across the country.

However, the former Warri Wolves goalkeeper in a chat with an online newspaper in Lagos, stated that the involvement of Dangote and Otedola in the NPFL would help to reshape the league.

“Our billionaires like Dangote and Otedola can change the face of the NPFL if they want to do it. Instead of investing in clubs outside Nigeria, they can start from here.

“Everything shouldn’t be left for the government. In fact, if they take on one club and spend good money on it, the club will compete with good results globally.

“European clubs like Milan, Manchester City and PSG are bankrolled by billionaires. They too should start from home.”

APC tackles PDP over call for inquest on NPA