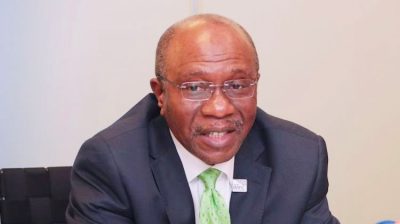 The Academic Staff Union of Universities on Saturday demanded the sacking of the Governor of the Central Bank of Nigeria, Godwin Emefiele, over the depreciating value of the naira.

The organisation said the CBN governor should be fired because he had disappointed Nigerians and plunged millions into poverty.

The Vice President of ASUU, Dr Chris Piwuna, stated this in reaction to reports that naira had depreciated further, exchanging at N420.33 against the dollar.

He said, “For how long is the government ready to tolerate Godwin Emefiele? For how long are Nigerians going to tolerate him? Can our Naira continue to breathe under him? Is our nation living in isolation of the global economy?

“Our naira is in tatters under his inept leadership. The President must fire him because he has fired our collective desire to progress and plunged millions into poverty and lack. It’s time for him to leave.”

There were reports that Naira, on Thursday, exchanged at 420.33 to the dollar at the Investors and Exporters window, compared to 419.25 traded on Wednesday, representing 0.26 per cent depreciation.

The open indicative rate closed at N417.70 to the dollar on Thursday.

An exchange rate of N444.00 to the dollar was the highest rate recorded within the day’s trading before it settled at N420.33.

The naira sold for as low as 410 to the dollar within the day’s trading.

A total of $75.56m was traded in foreign exchange at the official Investors and Exporters Window on Thursday.