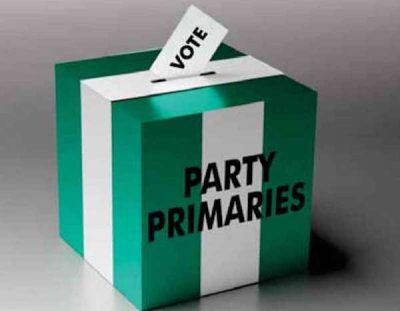 The claim by some Nigerians that there is no difference between the Peoples Democratic Party, PDP and the All Progressives Congress, APC may have been consolidated by the parties’ common position on the issue of direct primaries.

In a revolutionary move the House of Representatives, followed by the Senate, enacted a proviso to the Electoral Act Amendment Bill that compels political parties in the country to only use the direct primary option in choosing their candidates for elections.

That amendment was made on the last day the House considered the bill. Remarkably, it was moved by the Speaker of the House, Femi Gbajabiamila.

By tradition,  the speaker sits as an ordinary member of the House during consideration of bills in the committee of the whole which are presided over by the deputy Speaker.

With Speaker Gbajabiamila’s moving the motion for the revolutionary change, the majority of members easily supported the amendment.

The Senate also adopted it following the meeting of the joint committee.

Now, under the present system of choosing candidates, political parties have the option of using direct, indirect and consensus.

The direct primary method involves every party member casting a vote with the aspirant with the highest vote emerging as candidate.

In the indirect method, all party members come together to elect delegates at the ward level. The ward delegates are the ones that then go to choose on behalf of the people.

The consensus arrangement allows party grandees to present only one person for an election and he or she is unanimously carried as the candidate.

The indirect method is what has prevailed for most of the time since 1999.

It is also the most corrupt and most undemocratic option as party leaders, normally at the state level dictate or force through their slates of delegates who eventually do as they are told.

Emergence as a delegate to a gubernatorial or presidential election opens a window of opportunity for many politicians given the bribery that is involved. Indeed what goes as a primary in many cases in indirect primaries is normally a baazar in which the highest bidder often prevails.

The governors because of their easy access to government funds pay the highest bid and are often winners except in a few cases where unpopular choices emerge.Yes, there have been cases of governors losing out.

Governor Ben Ayade lost out in Cross River North and was forced to defect to the APC. Governor Emmanuel Uduaghan also lost out in Delta State and not long after also defected to the APC.

It is as such no surprise because of the sophistication of the voters in Delta State that Governor Ifeanyi Okowa who beat Uduahan’s permutation is now said to be walking circumspectly not to follow Uduaghan’s path.

One argument that has been imprudently raised by those against direct primaries is their claim that it is more expensive.

That is itself a lie because in the corrupt indirect method, a nationwide direct primary is held to choose the prized ward delegates who then go for the bazaars ahead at the Local Government Area, state and national levels.

Does it mean that the direct primary is foolproof? No. As has been seen in the case of Governor Babajide Sanwo-Olu, President Muhammadu Buhari in 2019, and yes, Senator Andy Uba in Anambra State last May, bogus returns can also emerge.

In the Lagos State APC governorship primary, Sanwo-Olu scored  970, 851 a figure that swallowed the 739,445 votes he garnered in the main election.

The recent APC primary in Anambra was even more dramatic as Andy Uba was returned in the primary with more than 330,000 votes but ended up scoring less than 50,000 votes in the main election.

It is indeed true that the primary election can be staged and rigged, but that is only the beginning as the loopholes can be checked if properly monitored with active citizen participation.

That the camp of Asiwaju Bola Tinubu in APC is pushing for direct primaries is understandable. He has the advantage in states with high population such as Kano, Katsina, Lagos and Borno through his alliance with the governors in those states.

But that is no guarantee. If a proper direct primary is held even in some of those states where their governors are not popular, everyone would answer his father’s name and only the most beloved candidate will emerge.

For Tinubu, his advantage for now is that he is the one with the best-known name recognition and hence the enthusiasm of his camp for direct primaries.

No one should also doubt the political sophistication of Asiwaju Tinubu in using his props in the National Assembly in overcoming the disadvantage he has among APC governors.

While he is envisaging this as a move to realise his presidential aspiration, it would in due time minimise the power of all political godfathers in the land.