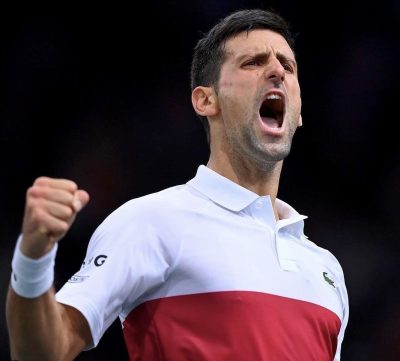 Djokovic had challenged the decision after he arrived in Australia for the Australian Open while stating that he had received an exemption from the Covid-19 vaccination.

Judge Anthony Kelly on Monday ordered Djokovic be released and his passport and other travel documents returned to him.

The Australian government’s lawyers, however, told the court that the country’s immigration minister was reserving the right to exercise his personal power to again revoke Djokovic’s visa.

Djokovic, 34, has been held in an immigration detention hotel alongside long-term asylum seeker detainees since Thursday.

He was permitted to attend his lawyers’ chambers for the virtual hearings but has not been seen in public since he arrived in Australia.

The Australian government canceled 34-year-old Djokovic’s visa shortly after he arrived in Melbourne late Wednesday to play in the Australian Open.

Officials decided he didn’t meet the criteria for an exemption to an entry requirement that all non-citizens be fully vaccinated for COVID-19.

Djokovic, who court documents say is unvaccinated, argued he did not need proof of vaccination because he had evidence that he had been infected with the coronavirus last month.