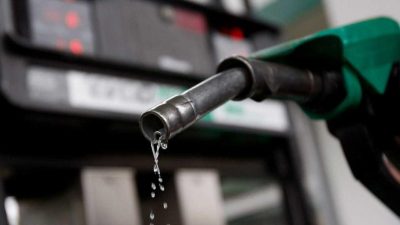 ADITOP and IPMAN have warned their members against selling petrol above the government-approved price of N165 per litre. The bodies gave the warning in Abuja, following reports that IPMAN in Lagos State had directed their members to start selling fuel at N180 per litre.

IPMAN National President, Chinedu Okoronkwo, told journalists in Abuja that his members had earlier briefed him on why they wanted a price hike. Okoronkwo said the federal government had released enough fuel from its depot, which would enable them “to maintain the status quo antebellum”.

Okoronkwo also said the unions had engaged the services of Benham Group to recover money owed them for the supply of petroleum products. He expressed the hope that the partnership would help in ending fuel scarcity at the filling station.

Okoronkwo said, “Our business requires technology, that is why we brought a seasoned financial expert and we’ve been able to recover a lot of funds in other countries and Nigeria.

“The incessant mishaps and destruction of trucks on the road, banditry and kidnapping is the reason we are bringing the insurance company to help us.

“Leaving the risk for the owner of the truck to bear will affect our businesses.”

Okoronkwo maintained that petrol must be sold at N165 per litre since the federal government had released fuel from the depot.

He said, “Our members in Lagos were getting the fuel at N170 -N173 that’s why they wanted price increased.

“It’s only the Nigerian National Petroleum Company that is importing the product.

“The cost of doing business had changed, so it becomes difficult to sell at N165 per litre.

“That is why we are thanking the NNPC for bringing the product to N143. So, our members must sell the product at N165, which is the government-approved price.”

National President, Association of Distributors and Transporters of Petroleum Products in Nigeria (ADITOP), Alhaji Mohammed Danzaki, also said Nigerians had suffered a lot from fuel scarcity because of the problems the association faced.

Danzaki said, “ADITOP and IPMAN are the ones suffering, since we need return for our investment.

“NNPC has done a lot to import the product but the main issue is the transportation. We have not been getting our payments. That’s why we engaged a financial expert, Benham Group, to recoup our money for Nigerians to get regular supplies in the fuel stations.”

The chief consultant and chairman of Benham Group, Dr. Maurice Ibe, said the collaboration was to ensure stabilisation of fuel supply at the filling stations.

Ibe said they were doing everything in their powers to stabilise activities in the downstream sector and ensure that products were transported to every nook and cranny of the country.

He said the fuel scarcity was affecting the country’s economy.

According to him, “You can’t hold a businessman’s money and expect the business to flourish. So, rescue our members so that they can function very well.”

In a related development, IPMAN proposed dialogue between government and oil marketers in an effort to solve the recurrent fuel scarcity.

National Operations Controller, IPMAN, Mike Osatuyi, said the fuel scarcity would continue if the government failed to consider dialogue as a key solution.

According to him, a meeting with the government, stakeholders, and security agents is needed to settle the crucial issues.

Osatuyi, who spoke yesterday on Arise News Channel, the broadcast arm of THISDAY Newspapers, lamented the reoccurring queues at petrol stations. He advised that meetings should be held bi-quarterly to review situation, even when products sold at the official price, instead of waiting till there was a problem.

He stated, “Once you don’t give us the product and we buy from a third party, then there is no way things can go right. We need to go back to the drawing board, revise the template, and put all cards on the table.

“If it involves increasing the pump price officially, why not, if the figures are right.”

Osatuyi further explained that in Nigeria, half a billion naira of subsidy every month was incurred, when gotten at the Central Bank of Nigeria (CBN) rate of about N420 per litre.

He said, “They should call a meeting to discuss and solve the problem at once. I believe there’s no problem that doesn’t have a solution. There’s no point going back and forth and we can’t keep pretending things are okay because they are not.

“You can have three million litres of fuel in your reserve but are you giving it to the right people at the right time and at the official price? The answer is no. So having these conversations everyday is not fair on Nigerians.”

Osatuyi, however, admitted that little was being done in terms of production, saying it does not go round. But he expressed optimism that at the commencement of production in the first quarter of next year, there would be enough fuel in the country. (Thisday)