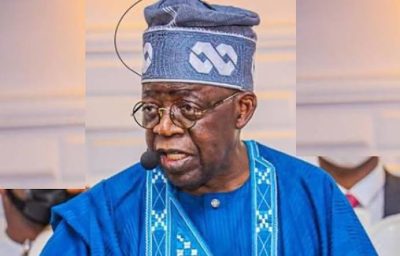 Nigerians often roar at the utterance of audacious statements by public figures. When Buhari threatened to ‘treat young Nigerians in a language they understand’, the Twitter section of the nation blasted the president till he actually reminded the people that he has the final say. When Tinubu, in his feelings, made it known that the presidency is his right, the usual uproar erupted online. However, Tinubu has been able to spin the negative interpretation of ‘Emi lo’kan’ for the good of his campaign.

Again, this writer reiterates that Tinubu speaks in his feelings. When dropping what would grow to be the hot tagline of the 2023 elections, he was airing his grievances on the fact that he had laboured for the people who he now looks up to for support and endorsements as he runs for president; ‘It is my turn’, Tinubu said. Naturally, we all feel hurt when energy we give out is not reciprocated.

However, Tinubu’s feelings crashed him on Twitter streets; a drag arena he is definitely used to. However, like previous rendezvous, this drag soon ended as the Tinubu campaign did the best crisis u-turn from the situation. Proudly, the candidate would shout ‘Emi lo’kan’ at his rallies; and would be received with hails rather than abuses.

Moving round Lagos and observing new outdoor media on Tinubu, the tag line has been adopted as his campaign slogan. Many media houses have also written in defence of Tinubu’s stand. Owning the mistake and creating a brand message out of the slogan, in addition to media support, has landed Jagaban a sort of swag to boost his campaign; so much so that musicians are already releasing potential soundtracks for Tinubu’s campaign.

Now, people are singing the praises of Tinubu’s services, and his ownership of what he believes he deserves. At a time where savagery and rawness is much appreciated by the younger crowd, Jagaban’s emotions have earned him PR points. Also, riding on the emotional values of fair-play, many Nigerians are drumming support for Tinubu’s turn. The question is, should the presidency be for who worked best for it, or who can best function in the position?