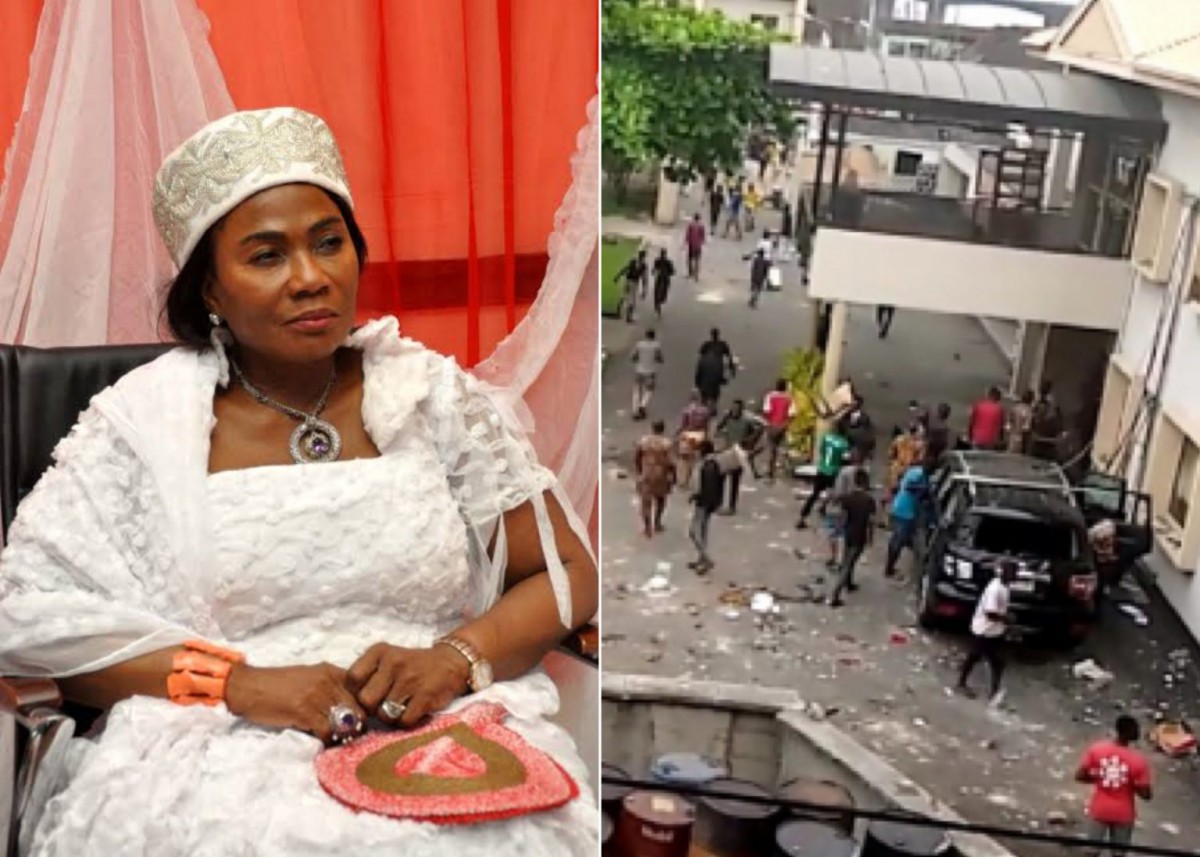 Lagos Princess, Abiola Dosunmu, the Erelu Kuti IV of Lagos state has said the desecration of the palace of Oba of Lagos was inevitable because the rulers has failed in their responsibilities to the people.

On Wednesday, the palace of Lagos traditional ruler, Oba Rilwanu Akiolu, was invaded and ransacked. The king escaped but his staff of office and other palace items were looted.

Reacting to this, the traditional ruler during an appearance on Arise TV on Saturday called for economic and vocational measures to alleviate the suffering of the poor following the attack.

They didn’t touch any other building in Lagos Island, only the Oba’s palace. That’s a direct message.

Something was bound to happen. I could see the anger. We, the parents and leaders, have failed. We have neglected our children. A lot of them are jobless and hungry. Now we have to do all we can about their depravation.

All of us must quickly set up vocational places to help the depraved.

The traditional ruler blamed the political leadership in the state for the anarchy Nigeria’s commercial capital has faced in the past week.

Protesters in the state are still angry and it’s visible. It only shows that we have failed, the parents and leaders in the country have all failed. Take a look around you, see lots of children out of school. Their parents have no money to send them to schools and they see affluence everywhere around them, definitely the crisis is bound to happen.

A lot of people are jobless and hundreds of children are out of school and the system isn’t favourable to them because there are hikes in prices of fuel which affects everything. It simply shows that we’ve failed.

I am asking the government to ensure that within three months they should be setting up vocational centres where these children can have a vocation, if not it will get worse before it gets better.

Regarding the stolen Oba’s staff of office, which is the symbol of authority of the monarch, HRH Dosunmu noted;

I have appealed to the people who took the Oba’s staff, and I know, without any threat, that the person is going to come back and bring the staff back and beg for forgiveness, willingly.

On the #EndSARS protests and its bloody aftermath, in which soldiers opened fire on peaceful protesters at Lekki toll gate, HRH Dosunmu called for an end to violence and the need for peaceful dialogue.

I want our leaders to act like parents, not teachers. Even when your child does wrong, you still bring them close and alleviate their fears.

The whole system needs to be overhauled and the governance should really be for the people and by the people. Not by revolution, not by fracas, but in reaching out to all the nucleus sections of our society.