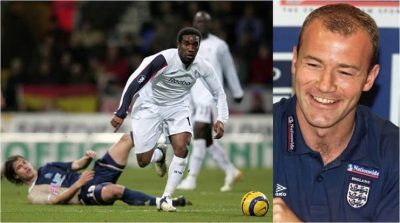 At 36 years of age, Ronaldo is showing no signs of slowing down, having scored a hat-trick in Portugal’s 5-0 victory over Luxembourg in a World Cup qualifier on Tuesday night.

Ronaldo’s three goals against Luxembourg means he has now become the first player in men’s international football to score ten hat-tricks for Portugal.

The Portugal captain has so far scored 87 Premier League goals in his two spells at Man United.

Speaking about Ronaldo, Shearer told BBC Match of the Day’s Top 10 podcast: “He did have too much sauce when he was at Manchester United the first time – too many flicks and tricks and he wouldn’t cross it when he should’ve done.

“But you have to have Ronaldo at number one.”

My son made me popular in prison – Kamaru Usman’s…

Prove to me Norwich thrashing is not a one – off, Tuchel…