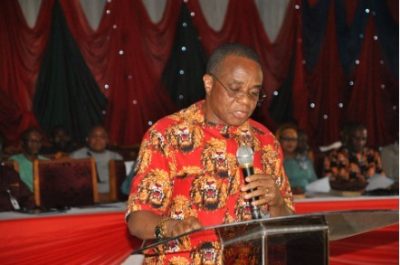 The death of Prof Uche Ikonne, Abia State Peoples Democratic Party (PDP) governorship candidate, may have created a logjam in Abia as far as the March 11 election is concerned.

Ikonne’s demise happened barely one month to the 2023 general elections.

His death was confirmed in a statement by his son, Dr Chikezie Uche-Ikonne, on Wednesday.

The statement read, “I regret to announce the death of my dear father, Prof Eleazar Uchenna Ikonne, who died at the National Hospital Abuja today January 2023.

Perhaps the closest constitutional section that relates to such a scenario is Section 33 of the 2022 Electoral Act which states that, “A political party shall not be allowed to change or substitute its candidate whose name has been submitted under section 29 of this Act, except in the case of death or withdrawal by the candidate: Provided that in the case of such withdrawal or death of a candidate, the political party affected shall, within 14 days of the occurrence of the event, hold a fresh primary election to produce and submit a fresh candidate to the Commission for the election concerned.”

Section 34 (1) also states that, “If after the time for the delivery of nomination paper and before the commencement of the poll, a nominated candidate dies, the Chief National Electoral Commissioner shall, being satisfied of the fact of the death, countermand the poll in which the deceased candidate was to participate and the Commission shall appoint some other convenient date for the election within 14 days.”