Family of Kenneth French killed by cop gets $17m in damages 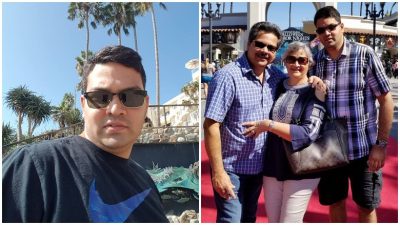 Nov 24, 2021
The family of Kenneth French a man with intellectual disabilities shot and killed by an off-duty Los Angeles Police officer in 2019 in Corona was awarded slightly more than $17 million Wednesday by a Riverside federal jury after a trial over allegations of wrongful death and civil rights violations.

Kenneth French, 32, and his parents, Paola French and Russell French, were shopping at a Costco on June 14, 2019 when Kenneth hit off-duty LAPD officer Salvador Sanchez in the back of the head while Sanchez held his 18-month-old child.

Sanchez drew his firearm and both parents pleaded with Sanchez not to shoot, saying their son had a mental illness, the wrongful death and civil rights lawsuit filled in December 2019 alleged. Sanchez opened fire and struck Kenneth and Paola French in the back, and Russell French in the abdomen.

The bulk of the verdict will be borne by the City of Los Angeles, with the eight-person jury finding that Sanchez was acting within the scope of his LAPD employment when he opened fire inside the store, attorney Dale K. Galipo said.

The Riverside County Grand Jury in September 2019 declined to indict Sanchez after a criminal investigation. However, the state Attorney General charged Sanchez in August with voluntary manslaughter and two counts of assault with a semiautomatic firearm.

The Los Angeles Police Commission earlier found Sanchez violated LAPD policy on the use of force and he was fired from the department.

“My clients are pleased with the verdict and are thankful to the jury,” said Galipo in a statement Wednesday.

The city will review its options, including an appeal, said Rob Wilcox, a spokesman for the Los Angeles City Attorney’s office.

David Winslow, an attorney who represented Sanchez in the LAPD’s administrative investigation that culminated in his dismissal in July 2020, said in August that Sanchez was not guilty of any crime.

“Sal Sanchez was holding his baby when he was violently attacked and knocked to the ground along with his baby,” Winslow said in a statement. “He was also knocked unconscious momentarily.”

“At the time of the incident he believed he was protecting himself and his baby from being killed,” Winslow said.

“The Riverside grand jury heard all the evidence in this matter and concluded there was no basis for any criminal issues.”