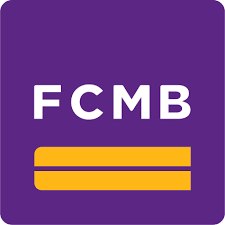 FCMB Group Plc yesterday announced its unaudited result and accounts for the nine months ended September 30, 2022 with 68 per cent Year-on-Year (YoY) increase in profit before tax to N26.5billion from N15.74billion reported in nine months of 2021.

The group’s financial performance also revealed N22.92billion profit for the period, an increase of 66.04per cent YoY from N13.80billion reported in the corresponding period.

Operating expenses grew by 18per cent YoY to N86.4 billion in nine months of 2022, largely due to increased regulatory costs, technology-related costs and general inflationary pressures.

This brings total assets to N2.9trillion as of September 2022 from N2.4trillion reported in 2021.

According the financial institution, its FCMB capital markets raised and advised on investments totaling N599.8 billion in the first nine of months of 2022, compared to N463.9 billion in nine months of 2021.

“This delivered an 88per cent growth in fees from capital raising and financial advisory services over the period,” the group said in a statement.

It added that, “We continue to leverage our unique group structure to build a technology-driven ecosystem that is fostering inclusive and sustainable growth in the communities we serve.

“This strategy is enabling us to deliver robust performance in spite of the challenging domestic and global environment, and barring unforeseen circumstances, we believe this performance trend will continue.”