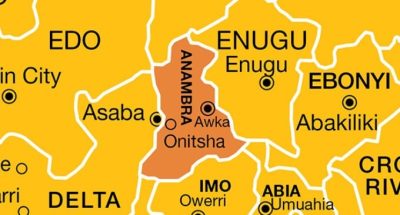 Nelson Achukwu, former member of the Anambra state house of assembly, has been killed.

Months ago, Achukwu, who represented Nnewi south II constituency in the state assembly between 2003 and 2007, was said to have been kidnapped from Mkpor community in Anambra

He was reportedly released after some days.

On June 9, the former lawmaker was again kidnapped from his residence by gunmen.

But on Tuesday, his lifeless body was found in the boundary area around Utu and Ukpor.

His family members are said to have paid a ransom of N15 million, but TheCable could not independently verify the claim.

Confirming the killing of the lawmaker in a statement sent to TheCable, Tochukwu Ikenga, Anambra police spokesman, said the police will ensure that the culprits are arrested.

“The victim was abducted at about 10:15pm in his house on 9th of June and efforts were made to rescue him before this unfortunate development,” the statement reads.

“His body was found between the boundary of Utu and Ukpor.

“We are still not relenting on our investigation as we will ensure that the culprits will face the full wrath of the law.”

The development comes weeks after Okechukwu Okoye, lawmaker representing Aguata II constituency in the Anambra house of assembly was found dead after he was abducted.

Okoye, who was abducted in May, was found beheaded. (The Cable)