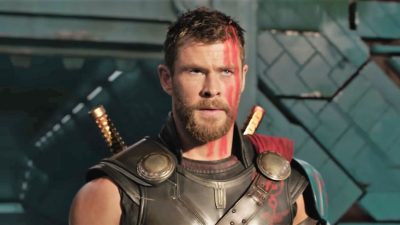 Chris Hemsworth is excited to transform from the Marvel superhero Thor to the Hulk.

In a future film on the legendary American wrestler’s ascent to prominence, the 38-year-old Australian actor will play the character of Hulk Hogan.

Hogan, whose real name is Terry Bollea, was originally going to be a musician, but his 6′ 7″ size and ripped body caused talent scouts to divert him into the realm of professional wrestling.

Hogan was the greatest and most recognizable figure in the sport for decades with his build and significant blond moustache.

With 33 million viewers, his 1988 match against Andre the Giant is still the most-watched wrestling event on American television.

In 2015, there was a scandal about the sex tape and the use of racial slurs; Hogan has since apologized for both. The film is thought to have ended long before that.

However, it will allow Hemsworth the opportunity to explore other content out from humour of Thor films and dive headfirst into a project with real drama and depth. After his union with his wife Linda crumbled, Hogan admits to using steroids and having suicidal thoughts.

The 2019 film Joker’s director Todd Phillips, who has been nominated for an Oscar, is behind this one. Phillips and Scott Silver, another Joker writer who has been hard at work on the sequel to the Oscar-winning film, wrote the script.

Hemsworth said, “There’s a great script and there’s a great story waiting to be told. I met with Todd Phillips and we talked about this 11 years ago; and then he did Joker and now I think he’s doing a sequel. So I know he’s immersed in a few different projects. But when he calls, I’ll be ready to go.

This movie is going to be a really fun project. As you can imagine, the preparation will be insanely physical. I will have to put on more size than I ever have before — even more than I put on for Thor.

There is the accent, as well as the physicality and the attitude. I will also have to do a deep dive into the rabbit hole of the wrestling world, which I’m really looking forward to.”

Hemsworth is presently engaged in production on the newest Mad Max film, Furiosa, which is being filmed in Australia. He describes the event as “an incredible dream” and recalls that “as a young child watching those pictures and watching them mature over the years and watching George Miller become one of the finest directors on the globe,” he watched George Miller develop his films over time.

Since 2011, Hemsworth has starred in Thor for Marvel. Next week marks the release of the most recent instalment, Thor: Love And Thunder.