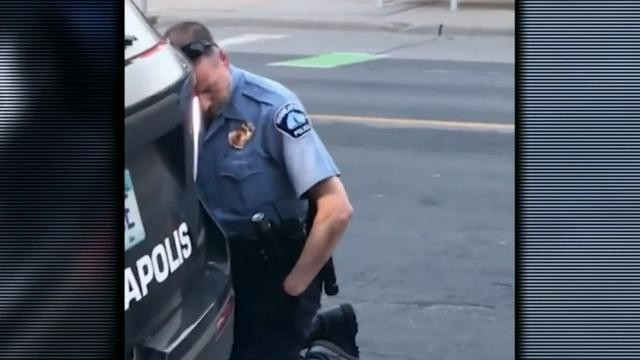 Defense attorneys in the murder trial of Derek Chauvin on Tuesday called an expert witness who testified that the former Minneapolis police officer was justified and reasonable in his use of force during his arrest of George Floyd.

After 11 days of testimony by prosecution witnesses, Eric Nelson, lead attorney for Chauvin, called Barry Brodd, a private consultant in the use of force by law enforcement who said Chauvin was following his training during the encounter.

His testimony contradicted several prosecution witnesses, including the city police chief, who earlier in the trial said Chauvin had no justification for kneeling on the 46-year-old Black man’s neck for more than nine minutes.

Chauvin’s defense team also sought to highlight Floyd’s apparent history of drug abuse, laying groundwork to support its argument that he died of an overdose, rather than from lack of oxygen caused by Chauvin’s actions as the prosecution contends.

Chauvin, who is white, has pleaded not guilty to murder and manslaughter charges stemming from the May 2020 incident, captured on bystander videos. The case prompted protests against racism and police brutality in cities in the United States and around the world last summer.

This week, local tensions surrounding the trial intensified when a young Black man was fatally shot by a police officer during a traffic stop in nearby Brooklyn Center, Minnesota.

Many of the most dramatic moments on Tuesday came during the cross examination of Brodd.

Prosecutor Steve Schleicher, challenging the claim that Chauvin was justified in his use of force, got Brodd to agree that Chauvin continued restraining Floyd even after the man had stopped resisting.

“By the time the defendant got off of Mr. Floyd, Mr. Floyd could not support his own head,” Schleicher said. Brodd agreed.

Brodd testified that a compliant person “would have both their hands in the small their back and just be resting comfortably.”